‘I cannot see how this is not corruption’ — Balcombe 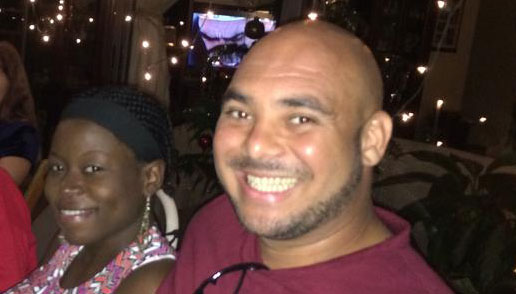 The construction firm that triggered a Caribbean Development Bank (CDB) review that led to the rescinding of financing for a government project in St. Vincent and the Grenadines say they fail to see how the award of the contract was “not corruption”.

“I cannot see how this is not corruption,” Cameron “Dinky” Balcombe, managing director of Bally and Bally Investments Ltd. said.

“You can sugar coat it, you can icing it however you want but I cannot see how this is not corruption,” he said Tuesday on Jerry S. George’s Facebook Live show, “Early in the Morning”.

After a review, the Barbados-based CDB rescinded financing for river training works at Yarabaqua and ordered the government to repay the EC$142,000 that had been disbursed to Reliable Construction Services Ltd.

The Tenders Board had awarded the contract to Reliable Construction, which tendered a bid of EC$1,421,567 for the project.

There were seven tenderers, with bids ranging from EC$1.31 million to EC$2.17 million.

Bally and Bally whose bid was EC$1.47 million complained to the CDB that Reliable Construction did not meet minimum experience requirements in the key activities of gabion wall construction, reinforced concrete construction, and river training.

“Therefore, there has either been a false declaration made in their forms or unlawful and unfair intervention by someone of influence on their behalf,” he said in a letter, adding that it “is utterly unfair” that contractors spend time and resources to bid for these contracts “only to be unfairly treated”.

Prime Minister Ralph Gonsalves said on radio on Sunday that his government will finance the project and Cabinet has decided to award that contract to Reliable Construction.

But Balcombe’s wife and business partner, Ronnia Durham-Balcombe, a lawyer, speaking on the same Facebook Live programme, said there is a case in Barbados that holds that cabinet should not make such a selection because “they lack the qualification, they lack the expertise and it is sort of a corrupt practice for the cabinet to choose whom they would want to do these projects”.

Durham-Balcombe said she would be looking at the case closely, adding that “legal ramification, repercussions are inevitable” based on the prime minister’s announcement.

“Well, we are just going to wait — not long — … to see what the Cabinet’s final decision will be because I know people are protesting,” Durham-Balcombe said.

“We are also protesting. The best course of action is for them to put the matter back out to tender, maybe among the qualified tenderers and have the process be done with a sense of decency,” she said.

And, Balcombe said that when he and his wife first contacted the CDB expressing concern, the bank was very welcoming.

He summarised their response this way:

“Mr. Balcombe, we wish that we had more contractors like you and your wife. They said that we do not know what is going on out there, you have to be the eyes and ears and anytime you have a problem, Mr. Balcombe and your wife and your company, don’t be afraid, in any way to contact us immediately.”

He said the CDB gave them a telephone number at which they can lodge complaints.

“So it is very good that the CDB is taking these cases seriously and … not in the case of our government here trying to put down or suppress the people.

“The CDB is encouraging you to speak up and let them know what is going on. They are the ones who are providing the funding so they need to know how their money is being spent and by whom and for what purpose.”

In response to the prime minister’s insistence that the contract will be awarded to Reliable Construction, Durham-Balcombe said:

“There is a clear error in the situation, why are you trying to justify it. The CDB has made their finding as well, we as construction party as well, too.

“The show must go on but it must go on with the right characters,” Durham-Balcombe said.