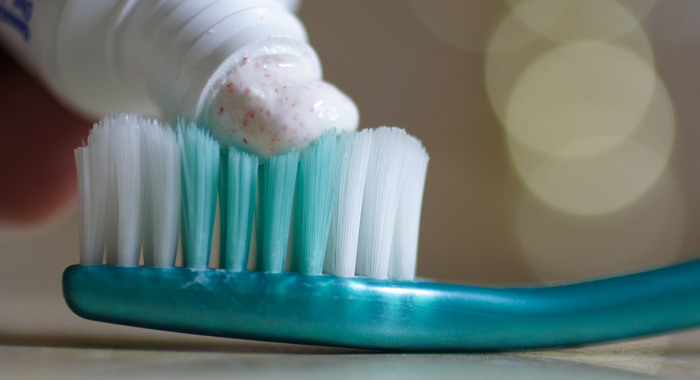 A Mesopotamia man who stole a tube of toothpaste worth EC$4.99 and volunteered to clean a schoolyard ahead of sentencing failed to live up to his end of the bargain.

On July 15, at the Kingstown Magistrate’s Court, Bernard Sprott, 33, pleaded guilty to a charge that he stole the toothpaste from Coreas Food Mart around 6:45 p.m. on July 12.

He had gone to the store where he placed the toothpaste in his back pocket after picking up a pound of milk.

Sprott paid for the milk and was about to leave the store, when the security guard, who had had him under surveillance, intercepted him.

“I told them I had the money to pay for it,” said Sprott, who told the court that in addition to being a minibus conductor, he also worked with someone to clean fowl, and also farms.

Senior Magistrate Rickie Burnett had said that he wished the punishments the court could impose were different to give him more flexibility in his sentencing.

“A man like you could do well with trimming up the Cane End School for a month,” Burnett said.

“When you all do these things, deep within me, I feel a bit sad when a man come from Mespo to steal an item value $5.”

The magistrate said that when he goes home after court he reflects and asks himself what is driving young men to do these things.

Sprott, who is a former student of Cane End Government School and Carapan Secondary School, volunteered to clean up the yard at the primary school.

The magistrate granted his wish, telling him to report on July 18 to the sergeant at the Mesopotamia Police Station, who was in court.

Burnett told Sprott to return to court on July 19 to learn what his sentence will be.

“I don’t plan these things. I just go with the flow sometimes,” Burnett said of the development.

However, when Sprott returned to court, there appeared to have been some confusion about where he was supposed to have cleaned.

The magistrate gave the man a one-month prison term, suspended for six months.