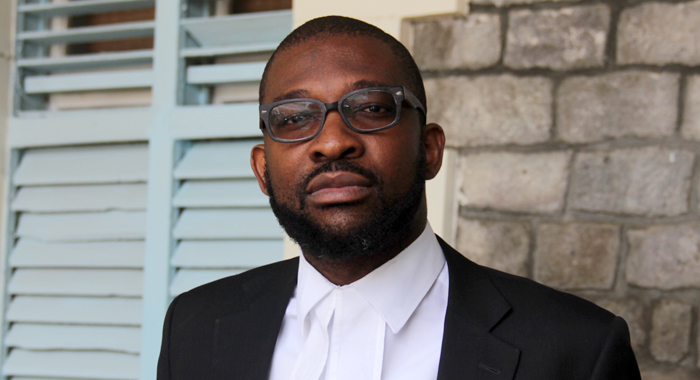 The juror who reported to court officials that a woman had approached her about a case for which she was impanelled has been commended for her actions.

The commendation came from Crown Counsel Karim Nelson on Friday at the end of the criminal assizes.

“I just wish to indicate, m’lud, that that particular juror who was approached was criticised and met with resistance for what she did, but she did the right thing,” Nelson said.

He said the judicial system does not condone people approaching judges or magistrates, adding that jurors are judges of facts.

“I want her to feel fortified in knowing she did the right thing,” Nelson said.

He was speaking after Justice Brian Cottle, who also commented on the development which resulted in him declaring a mistrial in June.

Justice Cottle said that he has repeatedly said that being a juror is the most important civic duty.

The judge said that, in his opinion, serving as a juror is more important than voting.

He noted that the development resulted in his declaring a mistrial, adding that the authorities dealt with it with the swiftness that it demands.

Justice Cottle said that he hopes that the message has gone out and that there should not be any such approaches to jurors.

The judge said the court must “ensure that jurors remain comfortable as they carry out this important civic duty”.

On June 21, one day after the mistrial was declared Jemima Woods, 33, a cashier of Layou, was arrested and charged that on June 20, 2019 she did interfere with a criminal legal process in that she expressed her opinion about an ongoing criminal matter to a juror serving on the said matter.

She was further charged that on the same date, she did interfere with a criminal legal process in that she approached a serving juror in an ongoing criminal matter for the purpose of discussing the said matter.

When she appeared before Chief Magistrate Rechanne Browne at the Serious Offences Court in Kingstown, on June 24, Woods, a former juror, pleaded guilty to the charges.

Woods was ordered to pay a fine of EC$10,000 by Oct. 1 or spend nine months in jail and was also given a one-year jail term, suspended for one year.

On June 20, as trial was about to continue at the High Court, in Kingstown, a juror asked to be relieved of her duties.

The juror told the court that she had no issue with executing her civil duty until she arrived at work that day.

She said that on arriving at work, a co-worker told her that the accused man had said that he knows the juror in the case.

The juror told the court she did not know was discussed between the accused and her co-worker — who turned out to be Woods — adding that the co-worker indicated that she and the accused are good friends. After hearing submissions from the prosecution and defence, the judge declared a mistrial

He said that the prosecution would then determine when next the accused man would be tried.

With bail having expired, the accused man’s counsel would have to make a new application in the matter.

Four of six witnesses had already testified in the matter when the issue arose.