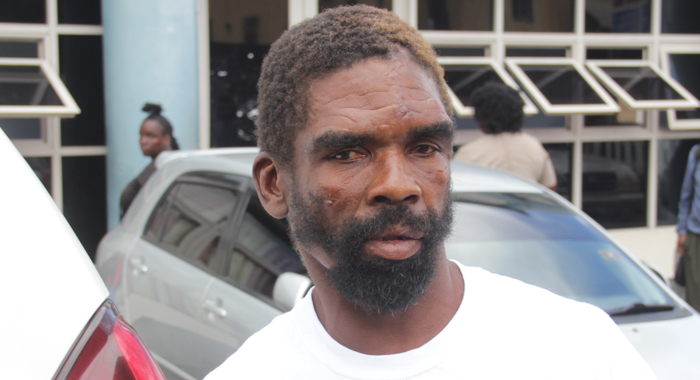 A Petit Bordel man is to appear in court in Chateaubelair on Friday in connection with damage to a house and vehicle belonging to Member of Parliament for North Leeward, Roland “Patel” Matthews.

On Monday, Edward Lavia appeared before Senior Magistrate Rickie Burnett, at the Kingstown Magistrate’s Court, where the charges were read to him.

Police are alleging that last Saturday, Aug. 3, Lavia, 38, damaged the windshield of motor vehicle P2793, value EC$1,500 and was reckless as to whether such damage would occur.

He pleaded not guilty to the charges as well as a charge that on the same date, also in Petit Bordel, he damaged an EC$350 glass window at Matthews’ home.

He was granted bail in the sum of EC$2,000 and was ordered to appear at the Chateaubelair Magistrate’s Court on Friday.