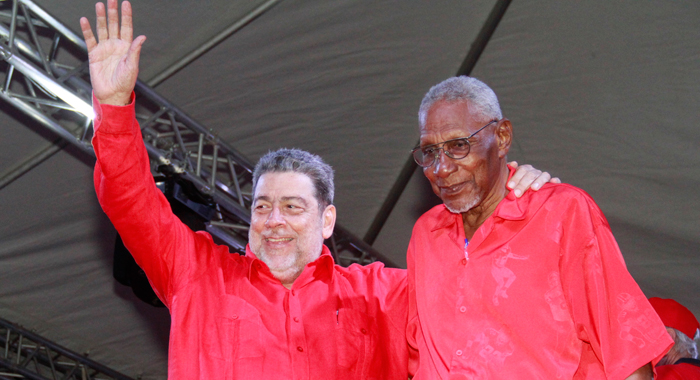 Taiwan will grant a university scholarship in memory of Sir Vincent Beache, the Vincentian politician who was in  the delegation to visit Taiwan in August 1981, to establish Kingstown-Taipei ties.

Prime Minister Ralph Gonsalves made the scholarship announcement in Taiwan on Thursday at the inauguration of the embassy.

He said Tsai Ing-wen accepted his suggestion on Wednesday to grant an additional scholarship in the area of applied sciences, technology and electronics, which were areas of Sir Vincent’s own professional expertise.

He said the scholarship, which is to be called the Sir Vincent Ian Beache Scholarship, would be tenable at a university in Taiwan.

Gonsalves pointed out that Sir Vincent and then Prime Minister, Robert Milton Cato, had travelled to Taiwan in 1981.

Sir Vincent was also a member of Gonsalves’ delegation during his first visit as prime minister after the ULP came to office in March 2001.