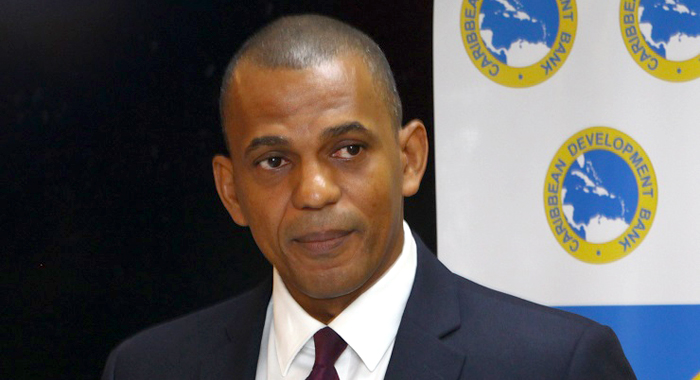 The Caribbean Development Bank (CDB) declared misprocurement in the Yarabaqua River Defence Project because Reliable Construction Services Ltd., the firm to which the contract was assigned, did not have the required financial information, access to financial resources, or specific experience.

The bank gave its explanation in an April 9 letter to head of the Tenders Board, Edmond Jackson.

“Having reviewed the documents, a number of points of concern were noted, including that the tender document requires a submission of three years of audited balance sheets. However, RCS’s bid states that the company was only registered in 2017 and, therefore, only financial documents for that year was provided,” Daniel Best, the CDB’s Director of Projects said in the letter.

“For earlier years, RCS provided financial statements from a different company, Reliable Rides and Parts, which their bid claims is a sister company despite the tender document clearly stating that the financial information must reflect the financial situation of the bidder or partner of a JVCA [Joint Venture, Consortium or Association] and not a sister or parent company. It also appears that the financial statements for RCS were not audited as required,” said the letter, from which Prime Minister Ralph Gonsalves read at a press conference in Kingstown on Tuesday.

The second reason the CDB gave for declaring misprocurement was that the tender document required an average annual turnover of $1 million within the previous three years.

However, given that Reliable had only been operating for one year at the time of evaluation, this requirement could not be met, Best said.

Gonsalves, however, said that in its evaluation reports submitted to the CDB, IBI Group, the Canadian consulting firm that evaluated the bids for the project, had noted that Reliable had said in its bid document that they had been doing work as Reliable Construction but they were not formed as a company.

He said that Best’s letter further said that the tender document requires that the bidder must demonstrate access to or availability of financial resources such as liquid assets, unencumbered real assets, lines of credit and other financial means other than any contractual advance payments to meet the cash flow requirement of $500,000 and the overall cash flow requirement for this contract and its concurrent commitments.

Best said that Reliable Construction’s submission does not demonstrate this, but included “what seems to be a personal mortgage of an unnamed person and a letter from a property development company confirming that they are negotiating a contract with RCS with no further details”.

Gonsalves said: “Well, why he didn’t ask Edmond Jackson or ask the consultant. But when Edmond then asked the consultant, the consultant said that on reviewing the thing I state my own opinion from before.”

The fourth reason for declaring misprocurement was that “the tender document requires specific experience relating to participating as a contractor, management contractor, or sub-contractor in at least one contract similar to the proposed works of a value of at least $1 million that has been successfully and substantially completed in the last three years. The only experience submitted by RCS that meets the required monetary value related to a period before RCS came into existence as a company and is, therefore, not eligible for consideration.”

Gonsalves said: “In other words, RCS, not yet a company, but they had done the work. Well, the consultant says, ‘Well listen to me, is the same people who have been doing this and they had that and they put that down in the document.’”

He said that the points stated by Best did not point to any new information, which under the CDB rules would justify the misprocurement.

“This is telling Edmond Jackson that there is misprocurement and he is giving the reasons. But all the reasons he gave are in relation to the very bid document itself where there was no new information and there is that document on which they had earlier offered the no objection. That is the point which we are making…”

The letter further said that in accordance with the CDB’s guidelines, misprocurement can be declared by the CDB after the CDB’s no objection to the evaluation report, permitting award of the contract where the no objection was issued on the basis of incomplete, inaccurate or misleading information furnished by the recipient of CDB financing.

“Well, please could you tell me on the basis of the very four things what is incomplete there, what is inaccurate or misleading?” Gonsalves said.

The CDB, after an investigation following a complaint by Bally and Bally Investments Ltd., one of the tenderers, cancelled financing for the “Yarabaqua River Defence” project and ordered that Kingstown repay any money already withdrawn for the project.

Gonsalves said that Balcombe had said in his letter that there would have either been a false declaration of undue influence.

“There was no false declaration because all the issues raised by Daniel Best here in the letter — the director of the projects department — came from the very documents themselves,” Gonsalves said.

He further noted that Minister of Finance, Camillo Gonsalves, who also spoke at Tuesday’s press conference, made the point that the CDB’s procurement guidelines are not incorporated in the financing agreement in the contract which it signed with the government in relation to the money.

“You cyar mek this thing up as you go along, you know,” the prime minister said.

“But, I am saying all ah these things to reinforce the point that a, the tenders board didn’t act unreasonably or wrongly, the government is entirely blameless, international consultants, when they had an opportunity to take a second look at it, reconfirmed their position, and then misprocurement precipitately.”

He pointed to the statement issued by the CDB on Aug. 14, in which it says that even after issuing a “no objection” to the award of a contract, the bank may still declare misprocurement in certain limited circumstances, including where it subsequently receives key information in relation to the process.

“Well, what new information did they get? Because everything that Best said he misprocured on, Reliable had put it down in their document,” Gonsalves said.

The bank also said in the statement that there had been “no finding by the bank of fraud or corruption in declaring the misprocurement”.

In his protest letter, Balcombe had pointed out that among the criteria for the award of the contract are that the bidder must meet minimum experience requirements in the key activities of gabion wall construction, reinforced concrete construction, and river training.

“I [am] confident, from my own knowledge and inquiries, that Reliable Construction Limited has not done any gabion basket or river training works of that magnitude or at all in this State or elsewhere to even qualify under the assessment as substantially responsive,” Balcombe wrote.

Gonsalves has said that his government will finance the project and keep Reliable Construction as the contractor.