NDP saddened by devastation in Bahamas 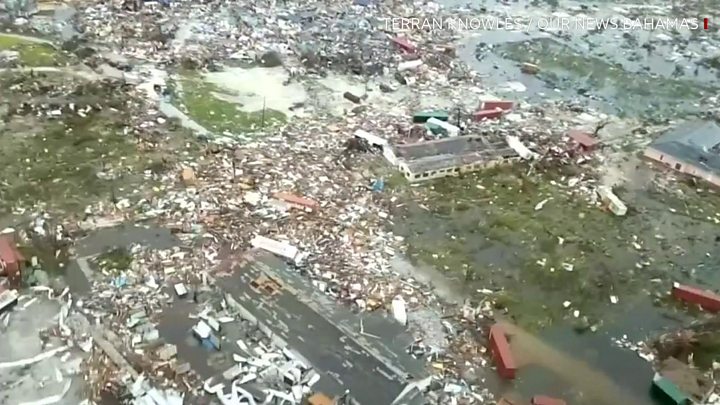 An aerial image showing the devastation left by Hurricane Dorian in the Bahamas.

The main opposition New Democratic Party in St. Vincent and the Grenadines on Wednesday said it was saddened by the death and destruction wrought by Hurricane Dorian in the Bahamas.

“This hurricane season is already proving to be a very challenging one for our region.  The New Democratic Party is saddened by the news of devastation coming out of the Bahamas.

“We have had reports of deaths and other serious injuries. The destruction of property is widespread and catastrophic. We continue to keep the people of the Bahamas in our prayers,” the party said.

The NDP said the frequent and powerful nature of hurricanes in the region reflects the growing threat of climate change.

“Such hurricanes inflict damage and massive cost on the countries of the Caribbean.

“We encourage all Vincentians to think of ways to extend a helping hand to our neighbours in the Bahamas.

“The NDP acknowledges the call for assistance by the Government of Bahamas and will assist as much as we possibly can.

“Our hearts go out to the Government and people of the Bahamas,” the statement said.

On Wednesday, rescuer began reaching areas of the northern Bahamas devastated by the hurricane Dorian.

Aerial images showing a trail of destruction and Prime Minister Hubert Minnis said some areas had been “decimated” as the death toll rose to at least 20, the BBC has reported.

The hurricane made landfall on Sept. 1 and battered the Abaco Islands and Grand Bahama, in the north of the archipelago, for two days.

2 replies on “NDP saddened by devastation in Bahamas”