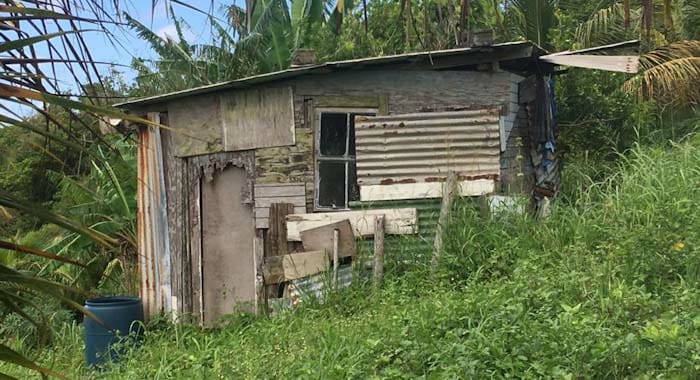 Police are investigating the discovery of a body in Dorsetshire Hill Wednesday morning.

A relative told iWitness News that the body is that of Garfield “Yabba” Mofford, a farmer.

iWitness News was unable to ascertain the man’s age.

A police source said that the body was found outside the shack where Mofford lived.

The dilapidated structure is located in a field planted with sweet potatoes, said to have been cultivated by Mofford.

The police source said the body was wrapped in a sheet and appeared to have chop wounds.

A resident of the community told iWitness News that the body was found by another villager who had gone to tether his animal.

The resident said the other villager’s curiosity was apparently aroused by a foul odour in the area.

If Mofford’s death is ruled a homicide, it will be the second killing in St. Vincent and the Grenadines (SVG) this week.

On Monday, Tevin Williams, 22, of Rockies died on the spot after being shot in Melville Street, Kingstown about 8 p.m.

Williams’ death brought to 15 the number of homicides in SVG in 2019.

One reply on “Farmer’s body found in Dorsetshire Hill”