Perfume not enough to mask weed scent from diligent cop 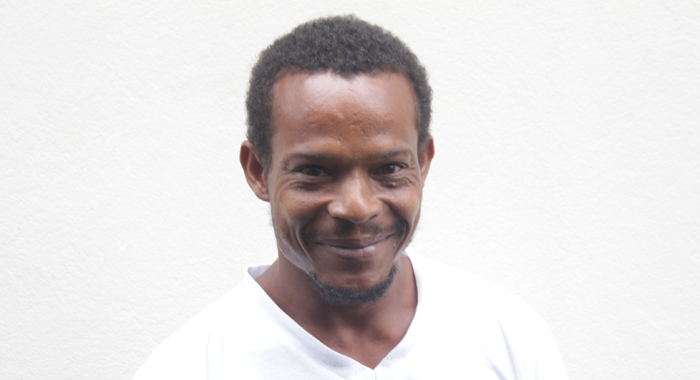 Iville Small poses for the media outside the Serious Offenses Court on Monday. (iWN photo)

A Penniston wan who sprayed perfume on a bag he was carrying with weed in a minivan has since learned that he could not fool the nose of a very diligent off-duty police officer.

On Monday, at the Serious Offences Court, in Kingstown, Senior Prosecutor Adolphus Delplesche and Chief Magistrate Rechanne Browne commended Police Constable 572 Delroy Peters for the work he had done in effecting the arrest of Iville Small, 37, of Penniston.

Small pleaded guilty to a charge that last Friday, Sept. 13, at Bay Street, Kingstown, he had in his possession 3,123 grammes (6.89 lbs) of cannabis with intent to supply it to another.

Last Friday, about 8:20 p.m. Peters was seated in the front passenger seat of a minivan travelling towards Kingstown when Small boarded the public transport vehicle in Calliaqua.

Small, who was carrying a blue and grey backpack, sat next to the conductor and as soon as he entered, Peters detected the strong odour of cannabis.

On reaching the bus stop at the Peace Memorial Hall, in Kingstown, Small exited the vehicle, as did Peters and the police officer saw Small take something from his backpack and spray it on the outside of the bag.

Peters became suspicious and kept Small under observation while walking through Kingstown.

One reaching the area of the Central Police Station, Peters approached Small and identified himself as a police officer in plain clothes and told him of his observation.

The police officer invited Small into the barracks and requested a search, to which Small consented.

When cautioned, Small said, “Officer, the weed is for me home use.”

Small’s comments in mitigation were barely audible to beyond the bar table.

“I can’t let it pass without giving him the commendation he deserves.”

Delplesche also commended Peters, saying that he goes above the average.

Small was fined EC$4,500 for possession of the drug.

He told the court that he would be able to come up with EC$1,000 forthwith and the chief magistrate ordered him to pay that, forthwith, or spend three months in jail.

The court also ordered that the drug be destroyed.

During a break in the sitting that day, Small engaged the media asking that a good photo be taken of him for publication. He posed for journalists when he exited the court after paying the fine.