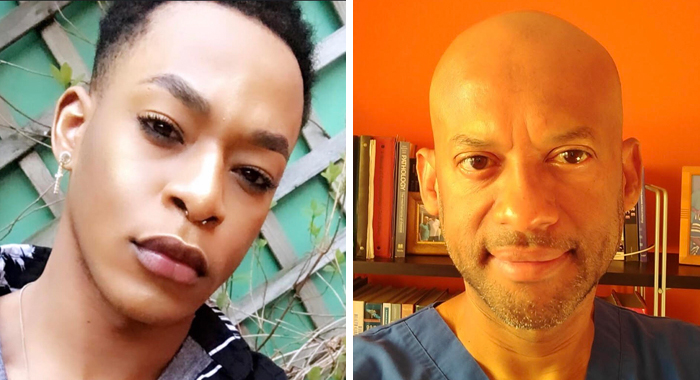 The next hearing in the legal challenges to the buggery laws in St. Vincent and the Grenadines is slated for Nov. 13 as the parties continue to wade through pre-trial issues.

On that date, the court is slated to decide how many days should be set aside for the trial.

On Wednesday, when the matter had its first hearing, the parties agreed that the two cases, brought by two gay men, should be consolidated and heard together.

High Court judge Justice Esco Henry suggested three days be set aside for the hearing, but counsel Shirlan “Zita” Barnwell, who appeared on behalf of the claimants, suggested that four days to a week be set aside.

Justice Henry ordered that disclosure and the filing of documents be completed by Oct. 4.

Karen Duncan-Gonsalves and Kesron Walters appeared on behalf of the attorney general, who was out of state on official business.

Gay Vincentians Sean Macleish, 53, who is based in the United States, and Javin Johnson, 22, who successfully claimed asylum in the United Kingdom in 2017 have brought the legal challenges against SVG’s buggery laws.

The men are arguing that the laws, leftovers from British colonial rule, are discriminatory, inhumane and against the basic tenets of the Vincentian Constitution that protect the rights and freedoms of every citizen, and that they were removed from the UK some time ago.

In a statement on Thursday, Macleish and Johnson say they struggle with discrimination and abuse based on their sexual orientation and enforced by the archaic law and took matters into their own hands identifying this as the first step for equality for all citizens regardless of sexual preference.

Macleish said the case “is very important, not just for LGBTQ+ Vincentians like me, but monumental for access to social inclusion and equality for all marginalized groups”.

He said that growing up and living in St. Vincent as a gay man, he was made to feel insignificant and less than because of his sexual orientation.

“With so much progress in the world towards equality, very little has changed here, and I still see LGBTQ Vincentians being victimized and harassed because of whom we love.

“We just want to live our lives free of these discriminatory obstacles that the criminalization of homosexuality fuels. I place my confidence and hope in the judiciary to correct this inhumane injustice because justice is a remedy for pain and a step towards healing and freedom,” Macleish said.

Meanwhile Johnson expressed elation at the commencement of the legal proceedings.

“I am very happy that this legal challenge has begun! I am committed to making sure that what happened to me in St. Vincent, doesn’t ever happen again to future generations of gay people. Thanks to all our legal team who are working so hard for our human rights,” he said.

The men’s legal team is led by Jeremy Johnson QC and supported by Peter Laverack of 5 Essex Court Chambers London.

In St. Vincent, lawyers Zita Barnwell and Jomo Thomas of Jomo Thomas Chambers are instructed and Hogan Lovells International LLP are the solicitors.

The press statement said that, of special note, is the inclusion of barrister Peter Laverack on the legal team.

Laverack has been centrally involved with both the landmark victory for LGBTQ+ equality in Trinidad and Tobago in 2018, and the victory for marriage equality in Cayman Islands this year.

“As with the victory in Belize, then Trinidad and Tobago, then India, Angola and Botswana, we fully expect justice to be served in the continuing fight around the World for Equality and Justice for LGBTQ+ people,” the statement said.