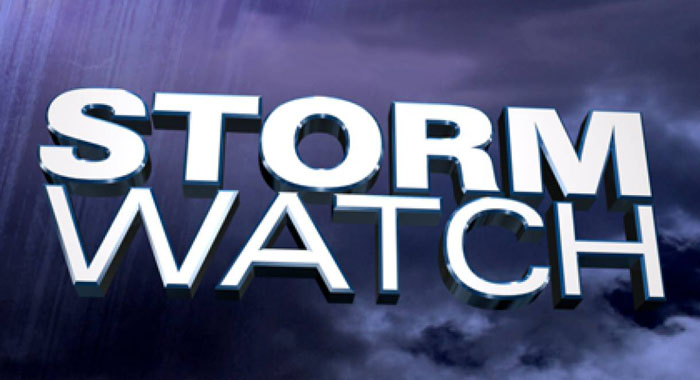 Acting Prime Minister Montgomery Daniel is expected to address St. Vincent and the Grenadines via radio later this morning (Sunday) as a topical storm watch has been issued for the Windward Islands.

The strong tropical wave and accompanying area of low pressure that were being monitored over the past couple of days have been upgraded to Tropical Storm Karen by the Nationals Hurricane Center in Miami, Florida.

On this forecast track, Karen will move across the Windward Islands this afternoon and tonight, and emerge over the south-eastern Caribbean Sea Monday morning.

Brisk surface winds of 25 to 30 knots (45 to 55 kmh) with gusts to storm force and pockets of moderate to heavy showers are anticipated with rainfall accumulations of 100 to 150 millimetres (4 to 6 inches) and isolated higher amounts possible as the system tracks west-northwestwards into the Caribbean Sea.

The flash-flood watch remains in effect for SVG and persons living in areas prone to flooding, land-slippage or lands-slides, should take all necessary precautions.

A flash-flood watch means that flooding due to heavy or excessive rainfall in a short period of time (generally less than six hours) is possible within the watch area.

Deteriorating sea-conditions are also expected with southeasterly swells of 3 to 4 metres (10 to 13ft).

The high-surf advisory and small-craft warning also remains in effect.

A high-surf advisory is issued when breaking wave action poses a threat to life and property within the surf zone. A small-craft warning means in this case, that wind-speeds of 25 to 30 knots (45 to 55 kmh) and or seas greater than 3 metres (10 ft) will be affecting the marine area.

One reply on “Tropical storm watch in effect for SVG; acting PM to address nation”