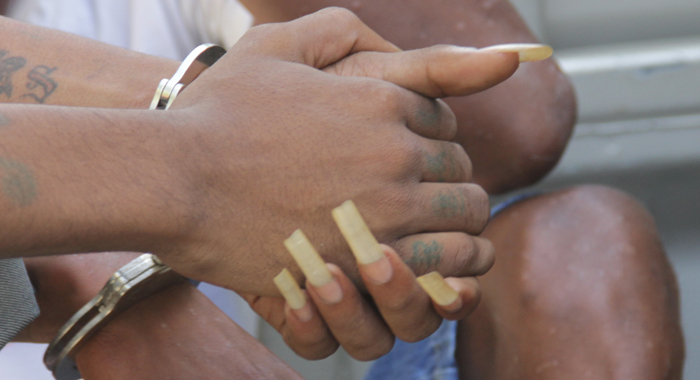 When Jebarry Jackson, 20, of Campden Park, who also goes by the name Michael Richards, entered the dock on Sept. 9, the chief magistrate asked to see his hands.

Jackson’s left hand had fingernails that looked to be at least 1.5 inches long.

“And the officers in prison seeing that,” Browne said.

Jackson is charged with the Nov. 14, 2018 murder of Sabitree Lyttle, a 56-year-old shopkeeper of Paul Over.

Lyttle was shot and killed at her home, where she operated a shop.

During the proceedings on Sept. 9, Jackson smirked and swayed as if dancing, and seemed unaffected by the tears of widower Brent Lyttle, who was the first of four witnesses to testify on that day.

Jackson had no questions for any of the witnesses.