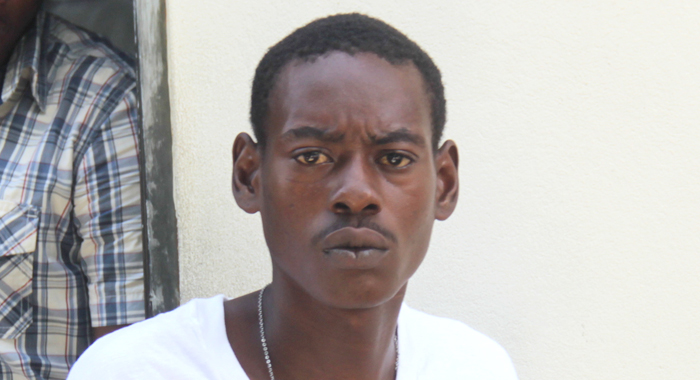 A Layou teen who stole a pair of car mirrors to replace another pair he had also stolen has until Friday to pay the court EC$400 or spend two months in jail.

In handing down the sentence at the Serious Offences Court on Monday, Chief Magistrate Rechanne Browne told Jerry John,17, that while his youth and previously clean record worked in his favour, the court was disturbed by the cavalier way in which he was going about his actions.

“You are exhibiting a tendency to disregard other people’s property,” Browne told the youth.

John pleaded guilty to a charge that on Sept. 4, at Kingstown, he stole one pair of rear view (wing) mirrors from motor vehicle P641, value EC$1,500, the property of Godfred Pompey of Mesopotamia.

The facts of the crime are that Tonnia Pompey drives P641, a blue Toyota Axio car owned by her father, Godfred Pompey.

On Sept. 4, she parked the vehicle at Bay View Car Park and went to work.

She returned to the vehicle around 12:45 p.m. and found that the two wing mirrors were missing.

The matter was reported to the police whose investigations led to John.

The investigations also took police to one Raguette, to whom John had given the mirrors to replace a set he had stolen from him.

In defence, John told the court that he had damaged the mirrors of a car while playing at the Layou Playing Field.

He said that owner of the mirrors had given him a time by which to replace them and as the deadline approached, he stole the mirrors from Pompey’s car.

John told the court that he later learnt that his aunt had compensated the owner of the first car, whose mirrors he claimed to have damaged while playing.

However, the detective who investigated the case said that John had stolen mirrors from Raguette and when caught, stole Pompey’s mirrors to replace those stolen from Ragguette.

John asked the court to give him a chance.

In addition to fining John, the chief magistrate ordered that the mirrors be returned to Pompey.