Arrowroot industry ‘not an orphan’ 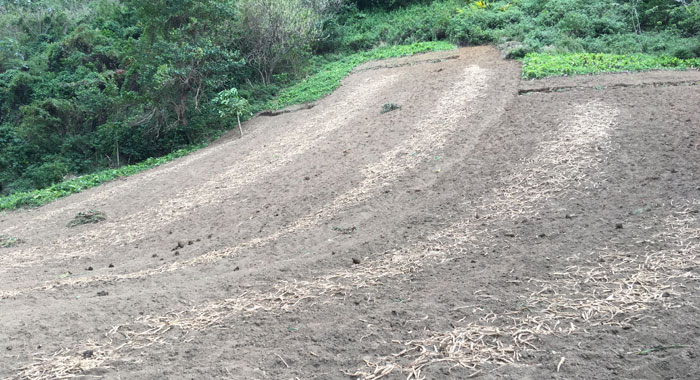 The harvesting of arrowroot rhizomes in North Windward in March 2018. (iWN photo)

The government must make up its mind about the arrowroot industry, an opposition lawmaker has said.

“Mr. Speaker, let us make up our minds whether we want the arrowroot industry or not. It’s not an orphan. Don’t treat it like an afterthought,” Member of Parliament for Central Kingstown, St. Clair Leacock told Parliament last week.

He said that the government must decide where it wants the arrowroot industry to be in the mainstream of the country’s productive sector and budget properly for it.

“Don’t have the farmers in this back-bending activity year after year to have to go on three and four months of stress not knowing if and when they would get paid and suddenly coming come like a knight in shining armour on some white horse and say, ‘You see me? I deliver. You see me, massa, pay yo’,” Leacock told the debate in which parliament approved EC$123 million in special warrant spending over the period 2014 to 2018.

“Take people out of that bondage. It is an important industry. This is an industry that at one time bought a warplane for Britain. That’s how strong the industry was at one time. We bought a plane to fight in the World War II from our arrowroot proceeds,” Leacock said.

“Now arrowroot is relegated to an afterthought, the journalising of funds spoken of, I understand that. But let’s be clear, the funds that were journalised in the special warrants didn’t come like manna from the sky. They had come to our attention in the budget of that year. But only come into fruition at that particular time.”

But Minister of Finance, Camillo Gonsalves, responding to Leacock, pointed out that the government has secured US$1 million for a new arrowroot factory.

He said Leacock had spoken as if the funds spent on the industry “was not indication of the seriousness with which we treat arrowroot and the esteemed place of the arrowroot farmer in the minds and heart of this government and the people of  St. Vincent and the Grenadines”.

Gonsalves reminded Leacock that this year’s budget contained US$1 million that Minister of Agriculture Saboto Caesar negotiated from India to build an arrowroot factory in North Windward.

“And he would be pleased to know, I am sure, that next month, in November, us having received the concept designs and the initial designs, the consultants are going to be on-site her in St. Vincent in November to do the detailed designs.  A process anticipated to take three months and construction on the brand new US$1 million arrowroot facility commences in the first quarter of 2020. And that is not something that you do if you want to treat arrowroot like an orphan.”

There is a decades-old arrowroot factory in Owia, which, at times, is plagued by breakdown, which resulted in a crop rotting in 2017.

Further, at times, farmers have to wait for months before being paid for their crops.

4 replies on “Arrowroot industry ‘not an orphan’”