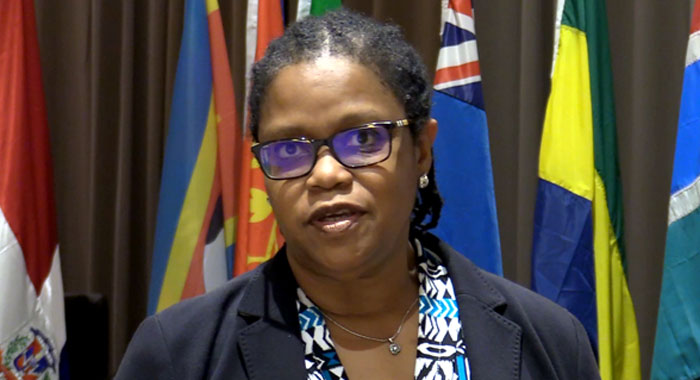 NIAMEY, Niger (CMC) — A senior official of the Guyana-based Caribbean Community (CARICOM) Secretariat says the region is positioning itself to ensure that it gets its fair share of 40 million euros from the European Union for the cultural sector in the African, Caribbean and Pacific (ACP) Group of States.

Programme manager for Culture and Community Development at the CARICOM Secretariat, Hilary Brown, told the Caribbean Media Corporation (CMC) that several CARICOM programmes could benefit from the resource being disbursed under the 11th European Development Fund (EDF) culture programme

“So, naturally, I think there is a great deal of interest in influencing how that is to be deployed and understanding the mechanism to that the Caribbean can benefit significantly from those resources,” she told CMC ahead of the two-day technical meeting of ACP senior officials in charge of culture that ends here on Friday.

The meeting is in preparation for fifth Meeting of ACP Ministers of Culture, taking place here at the weekend under the theme “Strengthening and Diversifying Partnerships for ACP Cultures”.

“As we know, it is very hard to get resources for culture in our region. Our ministers of culture, at their most recent meeting in June, in Guyana, had indicated a very strong interest in putting forward a regional proposal to fund our various cultural projects in CARICOM,” Brown told CMC.

“So there is a number of regional projects that are sort of on hold or could be implemented better, but we need the resources,” Brown said.

She said that CARICOM ministers of culture, therefore, are very keen on accessing resources from this new envelope from the European Union.

Brown said the meeting is also “a wonderful opportunity to also link with colleagues across the ACP and to see how we can chart new ways of collaboration and cooperation and supporting each other in advancing culture and creative industry development”.

She said the meeting is discussing proposals for the 11th EDF for culture, “in terms of a declaration and highlighting the priority areas for culture going forward among other issues”.

The conclusions of the two-day preparatory meeting will be put to ministers of culture on the weekend for their endorsement.

She said CARICOM is “particularly interested in taking a regional approach with the funding because we feel that there needs to be more equity in the way that resources are distributed and accessed by the three [ACP] regions and so we are really are very keen on advancing available modality for providing resources regionally to the three ACP regions”.

Brown told CMC that the ACP is a very important grouping for the Caribbean because it provides a forum for that South-south cooperation with countries in Africa and in the Pacific.

“There are a lot of ways in which our cooperation needs to be strengthened but we think, strategically, this is important for CARICOM and in terms of our sustainable development, our development paradigm for the region…

“So a meeting of culture ministers is a very important forum so that we can come and meet, exchange, look at policy coordination, look at ways of cooperating and see what we have in common, how we can held to advance our mutual interest in the global arena,” Brown said.

Meanwhile, Leonard-Emile Ognimba, ACP assistant secretary general, Department of Political Affairs and Human Development, told the technical officials that the fifth meeting of ACP Ministers of Culture falls within the special context of the negotiations underway between the ACP Group and the European Union for the conclusion of a new post-2020 partnership agreement.

“In light of this, the ACP side has highlighted the role of culture in endogenous and sustainable development, by insisting, in particular, that a strong cultural dimension be included in the cooperation strategies and policies,” Ognimba said.

He said the deliberations are an opportunity to hear a status report on the negotiations, in terms of culture.

“Our ministers will be duly informed of it and we hope that their discussions on the subject will help us to further formulate our group’s position,” Ognimba said.

“The ACP Group must seize the opportunity of this new Declaration to restate its goal of meeting the challenges facing us on every side, in collaboration with our partners in the international community. These challenges include those in the field of culture, which is now, more than ever before, as we have stated, an essential lever for development,” he added.