Man charged with 12 counts of sex crimes against 2 girls 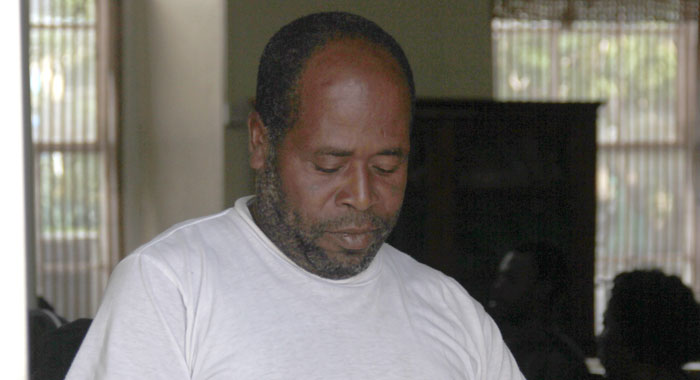 The accused, Delroy Quashie leaves the High Court after his arraignment. (iWN photo)

A Stubbs man was, on Tuesday, at the High Court, indicted on 12 counts of sex crimes in connection with two girls who are related to each other.

The girls were each under the age of 13 when Delroy Quashie allegedly raped each of them on three separate occasions at two locations.

The Crown also brought one count of an additional sex charge against Quashie in connection with each count of rape.

This brings to 12 the number of counts on the indictment.

The accused man pleaded not guilty to each count of the indictment.

Quashie was also charged that between Feb. 2, 2017 and July 31, 2017, at Frenches, he had unlawful sexual intercourse with a second virtual complainant who was also under the age of the 13.

Quashie was further charged with three counts of another sex crime in connection with the alleged rape of the second virtual complainant.

Quashie did not have a lawyer at the hearing on Tuesday.

Nelson did not object to bail continuing and asked that the matter be traversed to the next assizes, scheduled to commence in January.

Justice Brian Cottle, who presided, asked the Crown to try to prioritise the trial in light of the age of the virtual complainants.

After exiting the court, Quashie made several attempts to avoid being photographed by reporters.

At one point, he took up a piece of wood and threatened to strike a journalist with it.

He put the object down after being shouted down by a police officer who asked him if he wanted to be arrested.

Quashie then put down the object before leaving the court with his t-shirt pulled over his head.