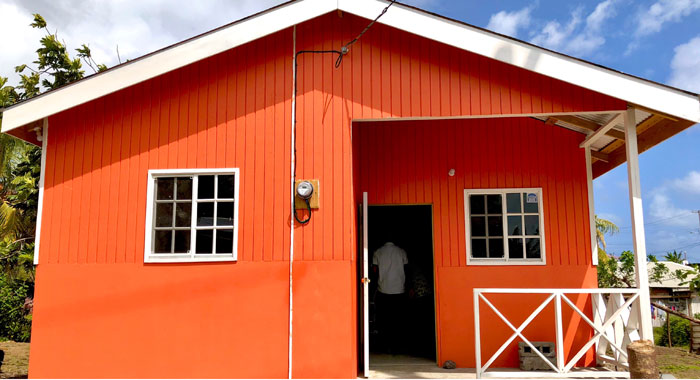 Nickerla Lewis, of Langley Park, Georgetown, on Tuesday, received a home under the “Lives to Live” programme, which seeks to ensure that the poor and disadvantaged are provided with the necessary tools to live quality lives.

Minister of Housing and Informal Human Settlements Montgomery Daniel and officials from his ministry presented Lewis with keys to a brand new two-bedroom house concrete and wooden house.

Before receiving the new house, Lewis lived in a dilapidated wooden house with her seven children and fiancé, the Agency for Public Information said.

The fiancé had purchased lands across the street to build a house but passed away before realising this dream.

One year after her fiancé died, Lewis suffered two strokes within a year and now uses a wheelchair and has to rely on a home help provider to assist her daily.

Daniel said Lewis’ case was referred to his ministry and after doing the necessary checks and assessments, she was approved to receive housing assistance under the Lives to Live programme.

Daniel told the API that since 2013, the government has taken the task of going throughout SVG seeking out and assisting persons with disabilities and the elderly who cannot assist themselves, calling the initiative “Lives to Live”.

The housing minister said that this year, the government intends to build approximately 22 of these houses, most of which are in the process of being completed.

2 replies on “G’town woman get ‘Lives to Live’ house”