‘We have jobs coming’ — Camillo 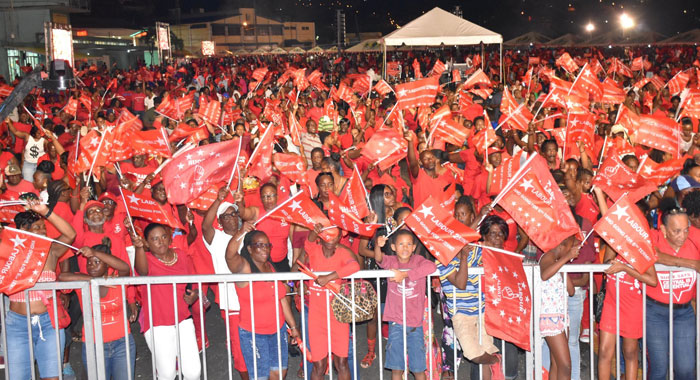 There are many jobs coming for Vincentians, says Minister of Finance and Economic Planning, Camillo Gonsalves.

He told the ruling Unity Labour Party’s 25th anniversary celebration in Arnos Vale on Sunday that the PAVE programme was scheduled to commence the following day.

The Public Access to Village Enhancement programme will build footpaths, steps and install rails in communities where persons still do not have concrete or asphalt roads.

Further, on Nov. 23, the government will begin construction of a world-class athletic track at Diamond, Gonsalves said.

He further pointed out that Rainforest Seafoods, a Jamaican company, is expected to complete their factory at Calliaqua by June 2020 and will put some EC$20 million in the hands of the fisher folk of St. Vincent and the Grenadines.

“If you ain’t start catch lobster yet, it’s time to build some lobster pots because money coming,” Gonsalves said.

He further said that the government is building a new port at Rose Place, Kingstown.

Also in Rose place, Clear Harbour, a call centre, has just opened and will employ hundreds of Vincentians by next year and 1,000 in a year and a half, Gonsalves told the rally.

iWitness News was reliably informed that so far, 11 persons are on the job at Clear Harbour as the company has only one campaign underway.

“We are a busy government,” he said at the rally, which featured Jamaican artiste Busy Signal.

Prime Minister Ralph Gonsalves has announced that general elections will be held by December 2020, ahead of the March 2021 constitutional deadline.

The ULP will be seeking an unprecedented fifth consecutive term in office.