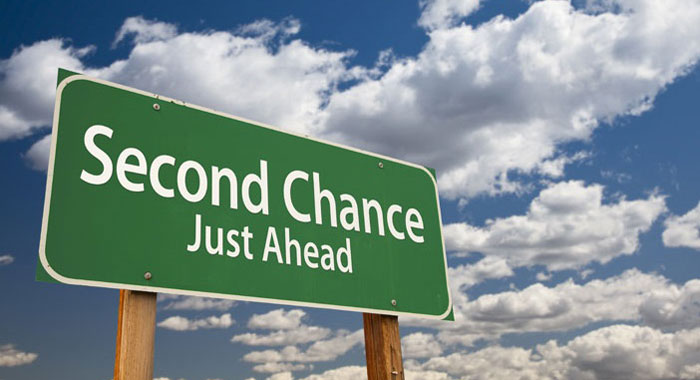 A 16-year-old boy, whose aunt has raised him and his twin brother since they were 6 months old, on Tuesday, apologised to her in court and begged her to take him back into her home.

The youth, who pleaded guilty to a theft charge, began to cry as Chief Magistrate Rechanne Browne reprimanded him sternly for his crime and his disrespect for the woman who raised him.

“Ma, I am very sorry for all the things I did,” the teen told his aunt, whom the court had asked to take the stand during the sentencing phase of the proceedings.
The aunt had attended court even as the teen’s mother, with whom he had gone back to live over the past few weeks, did not turn up amidst his legal troubles.

iWitness News is withholding the youth’s name because of the opportunity the court has given to him to turn his life around.

The youth, a resident of a Kingstown community, pleaded guilty to a charge that between Dec. 1 and 2, at Sion Hill, he entered a bar as a trespasser and stole two bottles of Stone ginger wine, value, EC$54, two bottles of Vita Malt, value, EC$12, one baby bottle pop candy, value EC$3.80, total value EC$83.20, the property of Veronica Prescott of Sion Hill.

The facts of the case are that Prescott owns a bar at Sion Hill and her son assists her in running the business.

On Dec. 2, about 2:25 a.m., police, acting on information, went to Prescott’s business place, where they found the lower section of a wooden door forced open.

Further checks revealed one wire cutter and a pair of black Nike slippers on the steps leading to the business place.

The police secured the compound and contacted Prescott, who came and opened the building.

The police entered and found the teen inside the bar.

Prescott checked her inventory and reported a quantity of items missing.

The police found a black and white JanSport backpack in the building containing the items listed in the charge.

Police questioned the teen and he told the police the bag was his and that he took the items from the bar.

The youth was cautioned and interviewed in the presence of a social worker and he gave a statement admitting to the offence.

Asked if he had anything to say before being sentenced, the youth told the court that he is a Form 3 student at a Kingstown school and had been living with his aunt since he was four or five months old.

He, however, said that few weeks ago he was suspended from school for fighting and was told to bring his parent.

Instead of informing his aunt, who had told him to walk away from trouble, the teen decide to go back to his mother’s house to live.

The youth told the court that he had been having problems getting money to go to school since moving back to his mother’s house.

He said that on the night in question, he was feeling hungry and he woke up and drank some water and tried to go back to sleep.

The water didn’t quell his hunger and so, he burglarised the business place, as his brother had told him that he did not have anything to eat.

In her comments to the youth, the chief magistrate said that the advice of his aunt to walk away from trouble was sound.

“This is the thing about young people. You are young, you think you can take on the world…” she said when the youth suggested that complaining to the principal was useless.

When the youth told the court that his aunt, rather than his mom, had attended court, the chief magistrate asked him what then is so difficult  about behaving himself  so that he can have the necessary comforts to facilitate his daily living.

“Learn to behave!” she told him, adding that he was in conflict with the law unnecessarily.

“Walk away. They may say you are soft, whatever they want. You live to see another day.

“And whatever is provided, it may not always be a banquet but when you were there (at your aunt’s) you went to school hungry?”

“Whatever little was provided, it satisfied you. But just because you didn’t obey, you get yourself in this trouble, you can’t go to aunty and face her, you gone somewhere else where you are suffering.”

The chief magistrate told the teen she does not expect him to obey instructions that are not lawful and good for him.

“But this is good instruction. Parents are there to guide you. And sometimes, our birthparents do not necessarily give us the best love and care.

“Stay in your book. Try to make yourself better. Graduate. Finish the course… You don’t have to fit in with those on the block and be like them. Be different. Don’t let it be expected that you are going to be one on the block.

“Be different. Just stand out. And the trouble is — you have one that looks just like you and is not standing out. You have to set the trend…

“Do your schooling and excel. I am going to keep track of you,” she told the youth adding that she was going to reprimand and discharge him and order restitution for the items.

“Go and apologise to your aunty and ask her to have you back,” the chief magistrate said before realising the aunt was in court.

In a tearful apology the youth asked his aunt for forgiveness and to allow him back into her home.

The aunt told the court that she has cared for the boys since they were six months but they are never rude to her and the left her home recently because they want their own way.

She said the other twin did not go to school for two weeks, but returned to class the previous day.

She, however, said she was willing to take him back into her home if they change, because otherwise they would just be on the street.

She said the Family Court had ordered counselling for them, but they didn’t attend but she wants to give them another change.

The magistrate told the woman that the point about young people is that they don’t think rationally because that part of their brain responsible for rational thinking is not developed until they are in their early 20s.

“So he is likely to do stupid things until then. The point is, you exercise the role as the guardian. And if he is not hearing or complying, there is another way for him. It is clear that he is more safe in your custody… But with him in this vulnerable position, he needs direction,” the chief magistrate told the woman.

Turning to the teen, Browne said: “You have to obey. When you disobey, you come before the court. And no amount of tears will be able to deal with that.”

The chief magistrate said parents are not there just to be their children’s friend and pamper them, but to discipline them also.

The chief magistrate ordered the teen to bring his exams result to the court so that the court could monitor his progress in school.

Also on Tuesday, the court gave a second chance to a 17-year-old mother of a 15-month-old baby who had been nabbed with marijuana in Kingstown.