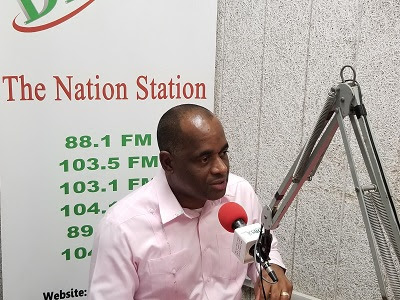 ROSEAU, Dominica (CMC) — Prime Minister Roosevelt Skerrit has emerged from a “bruising” campaign to claim victory in Friday’s general election and immediately extended an olive branch to the main opposition United Workers Party (UWP) to work together for the future socio-economic development of Dominica.

While the Electoral Commission has not declared any preliminary result from the 10-hour voting exercise, unofficial reports indicated that the ruling Dominica Labour Party (DLP) had won as many as 18 of the 21 seats in the Parliament.

“I want to thank you for giving me the honour and privilege of serving you as prime minister, and for electing the Dominica Labour Party as your government. We are humbled and grateful for your continued confidence and support,” Skerrit said in a radio and television broadcast.

He said that there “is no doubt that the election campaign was a bruising one” and that he wanted to take the opportunity to thank all persons who voted in the election and “in doing so, demonstrated that democracy in our country is alive and well.

“It was Labour’s contention from the very outset, that the ballot box is fair and legitimate expression of what people want. It was always Labour’s preferred choice over the divisive rhetoric and actions which put nationals in fear, harmed our social fabric, our economy and our international reputation. Our citizens have made their choice. We must all now respect that,” Skerrit said.

He said that given the atmosphere of fear and intimated that had been created by the opposition during the campaign, Dominican chose not to stay home and came out and voted.

“They turned out in large numbers to show their dissatisfaction with the opposition party. I salute the people of this country, who continue to make me proud to be Dominican,” Skerrit said, adding that he would soon be naming his new cabinet.

“I also look forward to inviting Mr. [Lennox] Linton to early discussions as we all seek to unite the nation,” Skerrit said, adding that the agenda for his new administration “is an ambitious and exciting one.

‘”We have to start work at once to build Dynamic Dominica, while continuing our major initiatives in housing, health and education,” he said, noting that the government would continue with its signature social programmes and the reclassification of the public service to ensure public servants are properly compensated.

Skerrit, who became the first government leader to win four consecutive general elections, said that the elections are over and that the UWP “failed to deliver or stop elections through legal means.

“They failed to provoke our security services. They failed in getting the country to take up their call for widespread violence and unrest. And they failed in the ballot box.

“It is not for me to advise them, but perhaps, they may wish to consider that a campaign of lies and acts of national harm are not the way to woo the electorate and win an election.”

In 2014, the UWP won six seats when Linton led the party for the first time into a general election. Now the party has suffered a tremendous blow with Linton, former opposition leader, Hector John and legislator Danny Lugay, they only UWP members to survive the onslaught.

Linton has not yet conceded defeat.

Skerrit said that an opposition is an important institution in a democratic society and that his new administration was looking “forward to the UWP performing the role of opposition in a responsible manner.

“However, as prime minister, I cannot allow the UWP campaign of road blocking, recklessness, intimidation and abuse to continue indefinitely and unabated.

“There must and will be respect for law and order in this country. It is only by God’s grace and mercy that no one has been seriously hurt so far,” Skerrit said, adding in the interest of the country he was calling on the UWP leadership and supporters “to halt the conduct and behaviour of the last few weeks.

“Concede defeat and let the country come together,’ he said, adding that the DLP had decided to put the victory celebrations on hold this weekend so to have a  “day of national peace, prayer, reconciliation and healing” on Sunday.

He said he was asking all churches to hold services at 10 a.m. on Sunday, “so that the entire country will be praying at the same time”.

Skerrit is promising that next weekend “when there is a greater sense of calm, we will hold our victory parties, motorcades and celebrations of various sorts.

“There will also be a national ecumenical service of thanksgiving at that time,” he added.