Delight as SVG gets another criminal court judge in January 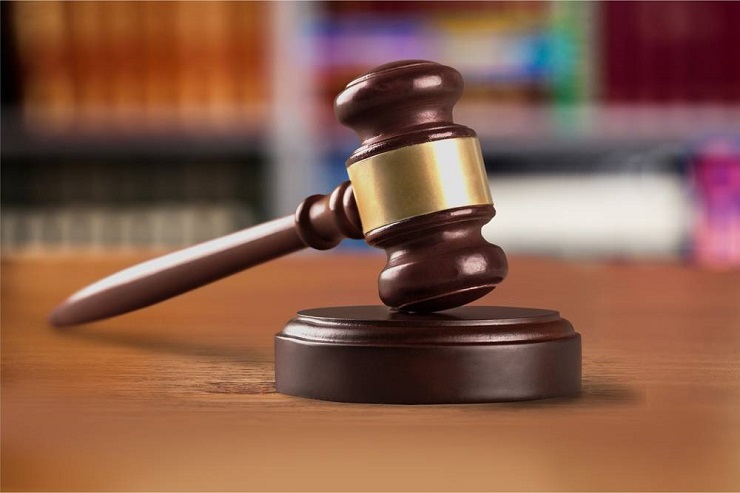 The announcement that an additional criminal court judge will be appointed to serve in St. Vincent and the Grenadines come January has been well received by the legal fraternity.

Speaking Friday at the closing of the assizes, both acting Director of Public Prosecution Sejilla McDowall and defence counsel Jomo Thomas expressed delight at the news.

She, however, said she was concerned that her office still only had five Crown counsels.

“In as much as I am excited, I do look forward to changes in the court office as well, because, naturally, the change would spill over into other departments,” McDowall said.

Meanwhile, Thomas noted that at the closing of the assizes in August, he had commented that he thought the jurisdiction needed an additional judge, and Justice Brian Cottle, the sole criminal court judge in the court, has said this was in the works.

“And I am absolutely delighted to hear that a new criminal court judge is coming; that would certainly help to ease an already tremendous backlog which we have for criminal cases,” Thomas said.

He said that come January, the court would be well on its way to reducing the tremendous backlog.

Thomas said addressing the backlog is important to him and the society at large, because when someone takes four, five, or six years to come to court, the court is constrained by the fact that when it passes a sentence, that sentence reflects a sentence from the day it handed down.

As he had done in August, Thomas again cited the case of Donrick Richards, one of his clients, who spent five years and six months on remand before pleading guilty to manslaughter in December 2018.

Richards was sentenced to nine years in prison.

Thomas said that had Richards gotten a chance early and pleaded to manslaughter, with the judge’s analysis, and if he had been sentenced to the same nine years, he would have been close to completing his sentence.

Thomas said that with the six years he had spent on remand might have amounted to eight prison years.

“So the announcement that we are going to have a new judge in the criminal division of our court is vitally important,” he said.

He further said he supported the DPP’s idea that the criminal court should also have a master, in the same way that there is one in the civil court.

“That may also help us to reduce the backlog and the serious congestion we have in our prisons,” Thomas said.

In her comments, the acting DPP, who spoke ahead of Thomas, had noted that they were able to successfully complete 21 cases in the 12-week assizes.

This compared to 19 and 18 matters in the two previous assizes, where the list, generally, comprises 120 cases.

Of the 21 matters, there were 10 guilty pleas, nine convictions after trial and two acquittals.

In seven matters, the defendants were committed for psychiatric evaluation.

McDowall said that the guilty pleas are saying that “we are making some efforts in term of the disposition of matters, where persons are inclined to at least take the benefit of pleading guilty”.

The acting DPP said that the court would, from time to time, advise defendants, especially those who are unrepresented, that there are advantages to pleading guilty.

She further said the fact that the court was able to commit seven persons for psychiatric evaluation “is an indication that we, definitely, need more support when it comes to mental health cases in the criminal justice system”.

McDowall expressed hope that having two courts, in 2020, the Criminal Records Office will be better resourced “because there have been serious challenges with coordinating so that witnesses and defendants’ witnesses can come to this court room on time.

“So I am hoping there will be additional support and reinforcement in specific ways, especially a vehicle or two that is permanent”.

But Thomas said that another way of reducing the backlog is for a greater level of scrutiny on the part of the Office of the DPP.

The lawyer said more matters can be resolved if a certain posture is taken by the office of the DPP when looking at the evidence in the case.

He said he reflected on the case where he had written to the DPP months ahead asking the Crown to accept a guilty plea for manslaughter in a case where a man was charged with murder.

The crown rejected the offer, went through an entire trial, and then accepted the manslaughter plea just before closing submissions.

“So I think sometimes, if we look at those things, from the office of the Director of Public Prosecutions, we may also help to move the calendar and move those matters along to have just resolutions,” Thomas said.