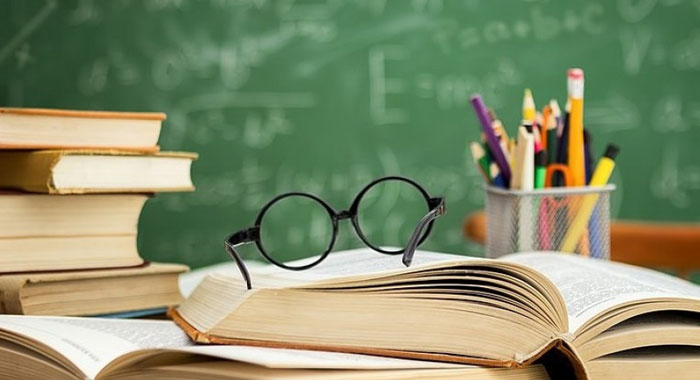 A 16-year-old Form 2 student, upon whom the court imposed strict conditions after a run-in with the law three months ago, has seen his grades double this term.

“Your grades from Term 3 last year compared to what I am seeing here is a drastic improvement…” Chief Magistrate Rechanne Browne told the teen at the Serious Offences Court, in Kingstown, on Monday, as she reviewed his progress report.

“You have improved significantly. It may not be the grades that you like, but it has helped you. These were not grades,” she said, referring to the student’s past performance.

“And you can at least smile with the grade you have gotten,” she said of the student’s performance this term. “That is an improvement. It is just remarkable but it is not up to standard.”

The student still failed to meet the 50% grade average that the court had required, and the chief magistrate ordered him to continue to live with his father.

In light of the student’s interest in aviation and the navy, the court further ordered him to join the Cadet Corps at his school.

“I want to see you on parade at the next date,” the chief magistrate told the student.

iWitness News is withholding the student’s name and other identifying information in an effort to not negatively affect his efforts and those of the court at reforming him.

Browne said there were some commendable things in the comprehensive report that the school had submitted, adding that the school did a very good job of placing the student on certain duties.

The report said that for three hours, the student was the banner-bearer for the school’s anti-bullying event.

The chief magistrate commented that the student seemed to have done his duties well.

“I only wish some of that would have spilled off in your everyday school activity, because you’re still quite defiant to teachers and persons in authority,” Browne said.

She reiterated that the report said that the student did well in all his community duties in the school, including watering the plants, helping in the staff room, clearing the notice boards and the corridor, and repacking the shelves in the library.

Browne asked the teen if he had read any of the books that he had repacked in the library.

The student said he had looked through a book about aircraft, adding that he had an interest in the navy.

“The navy is the right place for you,” she said, telling the youth that he has the potential but is just not “getting on properly”.

“I will help you to achieve your goal of the navy,” she said, but added that she had difficulties with some of his grades.

She, however, said that he had performed commendably in his English exams, scoring 74%, even as he had “a very disappointing term grade”, which she declined to disclose.

The chief magistrate said she was of the view that the disparity was because the student was fooling around in school.

The student’s exam grade in social studies was also an improvement on his term grade, even as he failed to make the 50% mark required.

“As to the Spanish, you are not hablaring (speaking)Spanish at all,” she said, adding that “funny enough” he had a good term grade for the language — 62 — even as his exam grade was “horrific”.

The student’s grade almost doubled in integrated science, but was “just a bit” below the 50% mark.

For information technology, the student “did not do anything at all” during the term but scored 65 in his exam, the chief magistrate said.

She told him that if he has an interest in aviation and that sort of stuff, he need to keep his information technology grade going up.

The student also scored a decent grade in home economics exam, which was an improvement on his term grade.

On hearing this, the student smiled, and the chief magistrate asked him if he liked to cook or whether he had surprised himself.

She, however, said he had not reached the mark that the court required
The student’s score of 69 for geography was also twice what he had scored previously, the chief magistrate said, but added that history was giving him trouble.

Browne also noted that his physical education grade had taken a dip in the term.

The report said that there was “tremendous improvement” in the student’s attendance and punctuality at school.

“However, he is not settled; constantly defiant when asked to complete tasks. He has been disrespectful to [a teacher in particular], even while taking a test.”

The chief magistrate told the student that he should have reported the teacher’s bad conduct, adding that teachers have to set an example.

“I do not want to believe the next sentence [of the report], where it says that stubbornness is a natural part of you. I do not accept that,” she said.

The chief magistrate told the student that at his age, he should have graduated secondary school and into his first year at community college.

Generally, a 16-year-old student will be in his final year of secondary school, with form 2 students being an average of 13 years old.

The court ordered that a progress report be submitted ahead of the student’s next court appearance on June 26, 2020.

The teen complained to the court that his father does not allow him to go to football;  and the chief magistrate told him that maybe if his behaviour improves, his father might be inclined to give him some leeway.

The student came to the attention of the court on Sept. 18, when he pleaded guilty to a charge that on Sept. 13, at Stoney Ground, he drove a motor vehicle without the consent of the owner or any other lawful authority.

Driving without a licence — which legally makes the vehicle uninsured and unlicensed — generally attracts a prison sentence in St. Vincent and the Grenadines.

The student sometimes assisted the owner of the vehicle, who operates a carwash in the city.

When the teen said at his arraignment in September that he was 16 and in Form 2, Senior Prosecutor Delplesche had asked him what year he enrolled in secondary school and he said he could not recall.

Delplesche noted the teen’s “tender age”, but added, “As we say, we have to nip it in the bud.”

He asked for a social inquiry report into the teen, which led to the court taking the current course of action.Delplesche had further told the court he was not objecting to bail and the court granted the teen EC$5,000 bail, which he was able to secure, and further order him to live with his father.