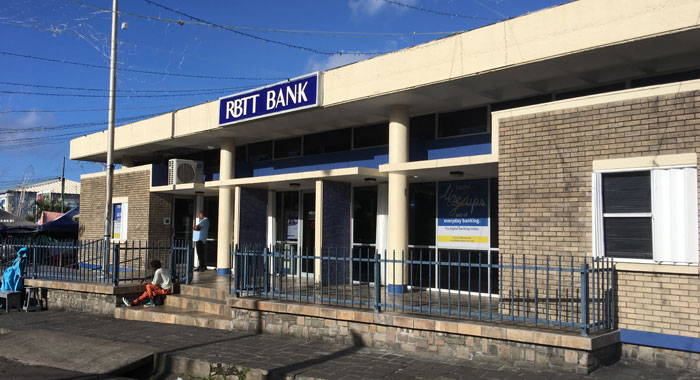 RBC Royal Bank on Friday described as “sudden and unexpected” the industrial action, which it said was commenced by the Commercial Technical and Allied Workers’ Union (CTAWU), which represents its workers in St. Vincent and the Grenadines.

RBC Royal Bank, operating in SVG as “RBTT”, said in a statement that it was “extremely disappointed with this unfortunate industrial action being taken by its employees with the apparent support of the Commercial Technical and Allied Workers’ Union”.

The statement said that formal and informal discussions on “the issues in question” were well underway and talks were progressing cordially.

“This job action, taken on the last Friday before Christmas, serves only to negatively impact our clients seeking to access banking services at this busy time of year. Clients’ anger and frustration is understandable and we sincerely regret that this action is disrupting their normal routines,” the statement continued.

“We have committed, as the Union knows, to letting the formal industrial relations process play out as we work together to resolve any outstanding issues.”

“RBTT clients who are impacted by this industrial action may continue to make use of our digital banking platform, our mobile app, or our ATM network to perform most everyday banking transactions.”

On Friday, RBTT Bank employees in SVG stayed away from the job, with one source telling iWitness News that workers were “standing up for the change of working hours and overtime pay according to the labour laws that were changed since 2008”.

The source said that the bank’s management has not made an effort to deal with this situation and has turned around and entered into an agreement with First National Bank of St. Lucia to sell the bank.

Head of the CTAWU, Joseph “Burns” Bonadie told iWitness News around 9 a.m. that he was “not right now” in a position to comment on the development.