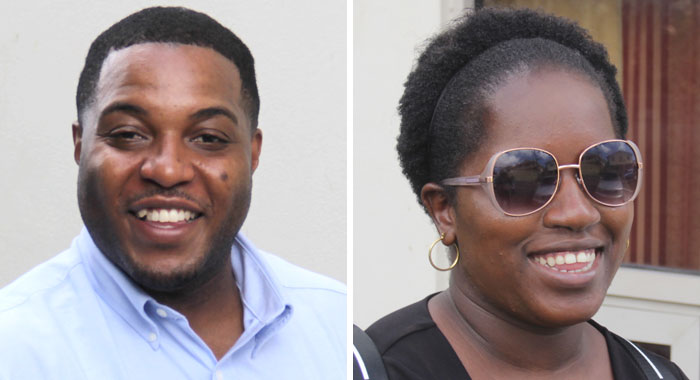 The general manager of Star Garage says that an average of 15 unauthorised transactions daily were conducted using the company’s credit card.

Nigerian-born Dowers, 26, who is Vincentian by marriage, is being tried for fraud, theft, and unlawful use of the credit card, belonging to Bertille “Silky” Da Silva, 89, chief executive of Star Garage.

The Crown is alleging that Dowers unlawfully used up EC$100,000 of Star Garage’s money when she worked there from April 2018 to February 2019, first as Silky’s secretary and then as the company’s Customs broker.

Defence counsel Grant Connell has suggested that Da Silva and Dowers were in an intimate relationship and the businessman gave her permission to use the credit card at will.

He has further suggested that other Star Garage employees also abused the credit card.

Silky, who was the first witness in the case, denied being in a relationship with Dowers, but said she visited and cooked at his home on multiple occasions.

Joshua, 34, took the stand on Friday on what was the final of the three days that Chief Magistrate Rechanne Browne had allocated to the trial.

However, prosecutor Rose-Ann Richardson, had said on Thursday that the crown still had several witnesses to call.

And ahead of Joshua’s testimony, on Friday, Richardson indicated that the Crown would like to recall that witness at a later time.

At the end of Joshua’s testimony that day, Connell said he would prefer if the witness complete his evidence before the cross examination.

The hearing was, therefore, adjourned to Tuesday (tomorrow), when Joshua will take the stand again.

Joshua said Silky had actual possession of the credit card and kept it in his office on the second-floor of the three-story building — located on Grenville St., Kingstown.

He said he or Silky authorised the use of the credit card.

Stephenson, then the company’s sales and marketing manager, was involved in a physical altercation at Star Garage in February 2019, after which Dowers left and never returned, Silky has told the court.

Joshua said that he, Silky and Stephenson were trying to order something online in February 2019 when they were informed that the card — which has a limit of EC$160,000) — was maxed out.

Joshua said that Silky called their banker — CIBC First Caribbean International Bank (FCIB) — and then he (Joshua) “went to investigate the matter at the bank personally”.

At the bank, he received statements “of how this occurred over a period of time,” he told the court.

Joshua said the company’s accountant went through the statements and observed that the value of the purchases from August to December 2018 was higher than that for the pervious last 10 years combined.

“What they were telling us is that whoever used the card … didn’t care. It was greed,” he said.

Joshua said that he took the bank statement to Silky, his managing director, who said he knew nothing about them.

He said he then went to the police and in March 2019, they asked him to tick the credit card transitions that he was able to verify as having been done by or on behalf of the company.

Joshua told the court that the unauthorised transactions were conducted by Dowers.

Joshua said that he used the card when he travels on company business.

He said that when he travels, his father — Casper Da Silva, one of the company’s directors — or Silky would authorise usage of the card.

“All I have to say [is that] I am travelling. This is the card I use,” Joshua told the court, adding that all the written permissions for his usage of the card are already lodged with hotels, etc.

He said he also travels for vacation – usually spending the time with his mother in the United States — but does not use the card during that time.

On one of the credit card statements issued by the bank, Joshua told the court that only one of the transactions was on behalf of the company.

iWitness News understands that that statement had multiple transactions.

On another statement with over 50 transactions, Joshua identified a few he said the company had authorised.

Joshua said Star Garage has had the credit card for 16 years and would change the number from time to time for security purposes, but he and Silky always shared authority for use of the card.

The witness told the court that the credit card had never been declined before February 2019, and that they never had any issues with it.

In response to questions from the prosecutor, Joshua said that Star Garage does not make orders for mobile top-ups, home accessories, hair accessories, cosmetics, or exercise equipment.

“Only if we use engine oil to put it in hair,” he said in response to one of the questions.

“Our business model is sales and after [sales] service,” he told the court
He said he did not know if anyone authorised Dowers to use the credit card to make online transactions.

Joshua further told the court that Silky never spoke to him about excessive use of the credit card.

He said that Dowers moved from being Silky’s secretary to  becoming the company’s Customs broker around November-December 2018.

She volunteered for the post after its previous occupant quit the job.

Because of Star Garage’s operations, it was imperative to have the Customs broker post filled, as the company relies heavily on Customs, Joshua said.

He said the company had always received receipts for its transactions with Customs, but did not receive about four to five of them from Dowers around Christmas time 2018.

He said he asked for the receipts but Dowers never gave them to him or to Da Silva’s secretary at the time, Andrea Peters.