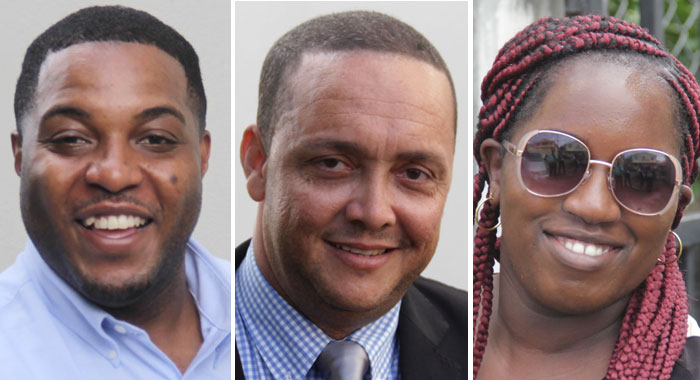 General Manager of Star Garage, Joshua Da Silva, on Tuesday, accused defence counsel in the trial of the Nigerian-Vincentian charged with 52 dishonesty-related offences, of getting personal.

Da Silva made the accusation on several occasions as he was cross examined by Grant Connell.

At times, prosecutor Crown Counsel Rose-Ann Richardson rose on similar points of objection, and on at least one occasion, Chief Magistrate Rechanne Browne came to the same conclusion.

At other times, amidst objections by the prosecutor, the court allowed Connell to pursue his line of questioning after he reasoned that it was relevant to the defence of his client.

The questions that Da Silva considered personal included whether he takes home any of the company’s secretaries and an allegation that he had beaten up his girlfriend at an event at his family’s hotel.

Joshua told the court that he was not aware that his Uncle, Bertille “Silky” Da Silva, the company’s chief executive, was giving money to Dowers — as the defence alleged

The defence is claiming that Silky, 89 and Dowers, 26, were in a relationship and he gave her permission to use the credit card while she worked at Star Garage from April 2018 to February 2019.

The Crown is alleging that Dowers — a naturalised Vincentian by marriage — used, unlawfully, some EC$100,000 of the company’s money.

Silky, in his evidence, admitted that on several occasions he took Dowers to a natural spring in Belair and to his home, where she also cooked but denied they were in an intimate relationship.

“That’s not an occurrence, sir,” Joshua said when asked if it was a practice for Star Garage directors to take employees to the Spa (mineral spring).

“What exactly you mean? You don’t do it?” the lawyer asked.

Joshua said he was not familiar with any of the other directors of the company — his brothers, father and uncle — doing it.

“Do you carry secretaries to your hotel?” the lawyer asked.

At this point, the prosecutor rose and asked about the relevance.

The lawyer withdrew the question and asked Joshua if he was aware that Silky carried Dowers to his (Silky’s) home.

“Why are you asking me this?” Joshua responded as Richardson was on her feet.

The prosecutor told the witness to hold on, but he continued: “Really personal. She (Dowers) is a married woman.”

Richardson said Joshua had already answered the question, saying that he was unaware.

The prosecutor also said that she failed to see the relevance of the question.

Connell said the question was to show that Joshua, as Silky’s subordinate, was not aware of a relationship between Silky and Dowers “that would allow her to act in a certain capacity”.

The lawyer said that was clear as day and argued that he can ask the question.

The chief magistrate noted that Joshua has said he was unaware of any such relationship.

Connell then asked Joshua if he had ever gone to Silky’s home — located at Indian Bay.

“You have never even slept at Silky Da Silva’s house, have you?”

Joshua, however, said that the house is a “company house”.

He agreed with defence counsel that with Dowers being 25 when she came to work at Star Garage (in April 2018), Silky could have been “twice her daddy”.

At another point during the cross examination, as Connell was asking Joshua about the length of his interview with Dowers ahead of her employment, Joshua appeared to get agitated and Connell told him that he is a young man (34-years-old) “but could still drop down”.

“Relax, I am only looking out for your best interest,” the lawyer said.

“You’re really looking out for my best interest?” Joshua said.

Joshua reiterated that his interview with Dowers had lasted about 40 minutes.

The lawyer further questioned the witness about a “Wet” party at Spring Garden in 2018, asking him he knew if Silky had attended.

“What Silky does after 4 is none of my business. Star Garage is my business, not Bertille Da Silva’s activities after 4,” Joshua said.

“I think you are marginalising between personal and business. That’s exactly what you are doing. And I know where it is coming from,” Joshua said.

Connell again told Joshua to calm down adding that the human anatomy has a reason for “two exits”.

At another point in the cross examination, which lasted just over two and a half hours, Connell asked Joshua if there is a “Burger Night” at his Haddon Hotel, which his family owns.

Joshua confirmed that was the case, but said he does not attend every time it is held.

At this point, the prosecutor rose and asked about the relevance of the question.

The chief magistrate said she did not see the relevance and asked the lawyer to explain.

Connell said that when the hotel has Burger Night, Silky would show up with Dowers.

“That’s the relevance,” he said.

But Joshua said he could not recall seeing Silky and Dowers at Burger Night.

Connell said that on one particular night, Silky left “his young Nigerian because she was dancing the night away” and went home.

The lawyer said that when Burger Night was finished, Dowers “summoned Silky like Vincy Uber” to come and pick up her and he came.

“And you made certain statements in front of her that you were not pleased with that sort of thing,” Connell told Joshua.

“Me? That never happened and I am telling you right now, that never ever took place at all,” Joshua said.

The lawyer further said that one Burger Night, Joshua “had an altercation with your little African princess who works at an institution in town”.

The prosecutor again asked about the relevance and Joshua was saying, “That has nothing do–” even as Richardson was on her feet.

The chief magistrate told the witness to hold on, and addressing the defence counsel, said: “Counsel?”

Connell told the court it was relevant “because the Nigerian had interaction in the correction of the witness … and it is all showing why this young man acted a certain way”.

The chief magistrate said yes, but added that she did not like the formulation of the question.

“That question is going into the personal affairs of the witness,” Richardson argued and the chief magistrate said she agreed.

Connell then told Joshua that one Burger Night he beat up his (Joshua) girlfriend.

Joshua said that was not the case.

“In your presence. That is the relevance,” Connell said, but Joshua said that was not true.

“He is making up a lot of lies,” Joshua said.

Connell later suggested that while Dowers was Silky’s secretary, she introduced him to a cooking and diet book she said Silky had given to her.

Joshua laughed and said he did not remember that.

“And coincidentally, you did just that,” Connell said, adding that the book was called “The South Beach Diet”.

He said that Dowers had and suggested that Joshua should take a recipe or two out of the book.

“Grant, I know why this is personal you know,” Joshua said, as a court orderly corrected him, saying “Mr. Connell.”

“Mr. Connell,” Joshua said, “It is because we take back the tennis court from you. That’s it?” Joshua said.
Connell responded: “Mr. Da Silva, as I said, there are two exits for the anatomy.”

In February 2016, Connell launched “Grassroots Tennis Club” at Haddon Hotel Tennis Court, which is owned by Star Garage.
The club and its programme were aimed at introducing or affording junior players from all across the country the opportunity to play tennis.

However, in August 2016, Connell and his club were sent packing amidst what the company said were plans to construct a new showroom at the site.

The trial continues on Feb. 17.

Joshua is expected to take the stand again sometime during the trial after certain documents have been tendered in evidence.

4 replies on “Witness accuses lawyer of having personal beef”