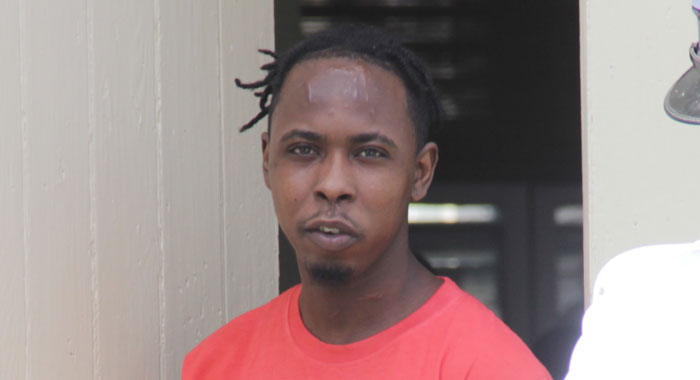 The 20-year-old Troumaca man who was, last October, sentenced to 18 years in jail for attempted rape and other charges has pleaded guilty to another set of similar charges.

On Tuesday, at the High Court in Kingstown, Terrano “Tone Boss” Samuel pleaded guilty to a charge that on Aug. 8, 2019, at New Montrose, with intent to rape a woman, he did an act that was more than merely preparatory to the commission of the offence.

He further pleaded guilty to a charge that on the same date and place, he burglarised the woman’s home and at the time had with him a weapon of offence, to wit a knife.

He also pleaded guilty to a third charge that on the same and place, he unlawfully and maliciously wounded the same woman.

Samuel was unrepresented at the arraignment and Crown Counsel Renee Simmons appeared for the Crown.

Simmons told the court that a social inquiry report had been submitted for his sentencing last October.

High Court judge Justice Brian Cottle, who presided over the arraignment, said that the court will rely on the report.

Simmons said that the crown would submit a victim impact report ahead of the sentencing.

Samuel faces up to life (30 years) in prison for the rape charge.

That is after the court ordered that the man’s sentences be served concurrently, and the one year, three months and 13 days he spent on remand was deducted from his 18-year sentence.

The woman was returning from a swim.

Samuel pulled the woman into a nearby abandoned hotel and she screamed and asked him what he wanted but Samuel did not reply.

He grabbed at the woman’s shorts in a failed effort to remove them, then threw the woman to the ground and stomped on her stomach.

The woman fought back and regained her footing and was able to kick Samuel.

A man at a nearby building was attracted by the noise and when he saw the attack, shouted at Samuel, telling him he would shoot him.

Samuel then fled and the man who had come to the woman’s assistance gave chase, but Samuel escaped.

The incident was captured on CCTV and police arrested Samuel later that day.

Last year, Samuel pleaded not guilty to a third set of sex-related charges.

6 replies on “‘Tone Boss’ pleads guilty to another rape charge”