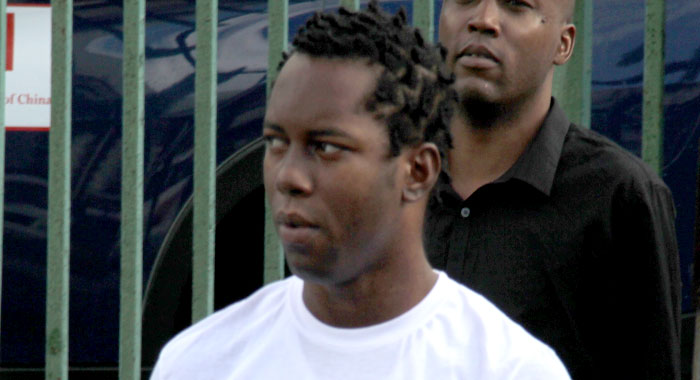 Murder accused Anwar Jack on his way to court on Tuesday. (iWN photo)

The High Court has ordered a psychiatric evaluation of the man charged with the August 2018 murder of Spiritual Baptist cleric, Ian Enoch.

The judge has asked the lawyer if the defence was not in a position to provide one, and Connell said no.

The lawyer said that the defence was asking the state to assist.

Justice Cottle then said that in the circumstances, he would not put the charge to the accused man until the evaluation was done.

The court ordered that a psychiatric evaluation be conducted and acting Director of Public Prosecution, Sejilla McDowall, said that the Crown would “see what can be done”.

The body of Enoch, a 50-year-old travel agent supervisor, of Brighton, originally of Trinidad, was found wrapped in a sheet at Argyle on Aug. 18, 2018.

Sources have told iWitness News that Jack has told police that he and Enoch had a sexual relationship.