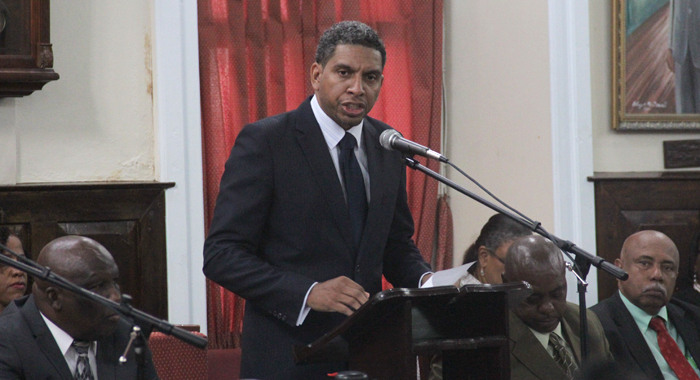 Lawmakers, on Wednesday, approved Estimates of Revenue and Expenditure for 2019 amounting to EC$1.12 billion, paving the way for the presentation of the budget on Monday.

Minister of Finance Camillo Gonsalves said that the estimates provide for a number of new posts and initiatives.

The government will build on its track record of improving the quality and quantity of persons in its employ, he said.

Eight additional posts were also added to the Information Technology Services Division, as a consequence of the completion of the roll-out phase of the CARCIP infrastructure project.

He said that with the fibre optic linkages completed, the use of the CARCIP hardware would begin and require additional staff.

Gonsalves said that 18 posts have been created under the Customs and Excise Department, most of which are intended for the Argyle International Airport to ensure and improve on the quality of service provided there.

The Ministry of Transport has critical responsibility in this year’s budget as the government’s chief implementation agency.

The finance minister said that the capital programme is “particularly ambitious” this year and the government has allocated 16 posts to the Ministry of Transport to strengthen its electrical inspectorate and Engineering and project Management Service Units.

The minister said he hopes that “these additional hands on deck” will enhance the implementation capacity of that ministry.

He said that some of the posts in the Ministry of Finance and Economic Planning, which also has implementation responsibilities, were dedicated to that goal as well.

He said that there are procurement officers, etc., who it is hoped will remove some of the bottlenecks in the implementation process.

Gonsalves said that consequent on SVG’s election to a two-year term as a non-permanent member of the United Nations Security Council, 10 new posts have been created in the Ministry of Finance.

The minister said there are requirements for additional quality personnel not only at the mission in New York but also at the Ministry of Foreign Affairs in Kingstown.

He said the work of the Security Council will involve communication between the UN Mission and Kingstown to provide the necessary research capacity, advice and analysis to the myriad foreign policy challenges that will arise, to better serve the prime minister, foreign minister, and UN Ambassador.

Gonsalves said that 13 posts have been created in the autonomous department, with five of them going to the Office of the Director of Public Prosecution in response to an additional criminal court, which is expected to begin sitting next week.

The Ministry of Education has 12 new posts, mainly related to the staffing of three early childhood centres.