SVG’s RVA features in Save The Ocean Project 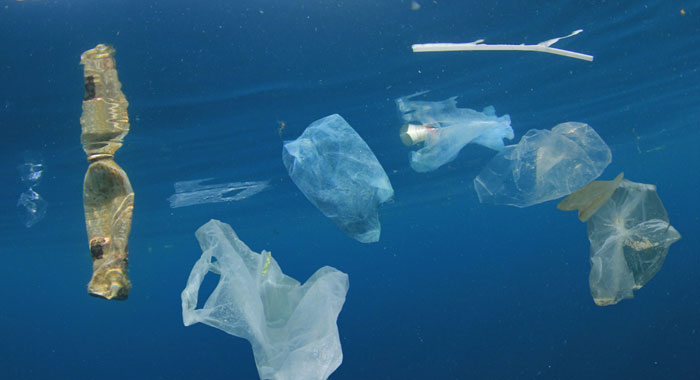 Richmond Vale Academy (RVA) is on-board with a new ERASMUS project offering an opportunity to youth connected to the institution to travel to Fiji, Thailand and Italy to represent St. Vincent and the Grenadines in efforts to protect the ocean and stop pollution.

STOP (Save The Ocean Project) will be implemented through 31 December 2021, and, in addition to RVA, the partners are High on Life (HoL), in (Italy), National Youth Council of Fiji (NYCFI), Volunteer Spirit Association (VSA) in Thailand, and Active Youth Association (AY), in Lithuania.

RVA Director Stina Herberg will represent SVG at the kick off meeting in Lithuania in February and the first group of NGO youth workers from Thailand, Fiji, Italy and Lithuania will arrive to a training course at Richmond Vale Academy at the end of April.

According to Greenpeace’s “Plastic Debris in the World’s Oceans”, about 10 per cent of all plastics produced annually ends up in the ocean.

The biggest garbage dump in the world is afloat in the ocean and is commonly known as the Great Pacific garbage patch.

It is estimated that the Great Pacific garbage patch contains 80,000 metric tonnes of plastic.

On the face of it, it might seem that there is no link between a single-use plastic straw used at a bar in Italy with the Pacific archipelago of Fiji.

But lightweight plastics can travel long distances and this means that every single piece of garbage that you dump in the river in your hometown river can end up in the ocean on the other end of the world.

Animals and birds can become tangled up in plastic debris, leading to serious fatalities.

STOP recognises that in order to save the ocean, we need to change people’s habits, attitude and behaviour towards plastic consumption.

While the world is reacting to the problem, still not nearly enough is being done. STOP, therefore, aims to take a small step towards better habits and cleaner ocean.

It hopes to educate young people, thereby reducing the likelihood of them contributing to the problem and improve youth work, methods of crimes’ prevention and re-integration.

STOP will help persons to learn about the problems and share best practices from around the participating countries/regions and will also look for ways to encourage people to use plastic more responsibly.

The project will also improve the qualifications and competences of youth workers and leaders in the field of environmental protection.

It will also focus on increasing awareness of the problem by creating social campaigns and related public events and strengthening the partnership between European and non-European organisations.

Among its main activities, STOP will organise five job-shadowing activities in all the countries of the consortium to facilitate a two-way exchange of good practices between youth organisations and visiting youth workers in the fields of youth work and environmental protection.

The project will also create an open online educational resources platform aimed at raising awareness of the problem.

The platform will be open to the public and will contain all the resources from the project, in addition to extra information on ocean pollution.