Why must males remove earrings before entering courtroom? 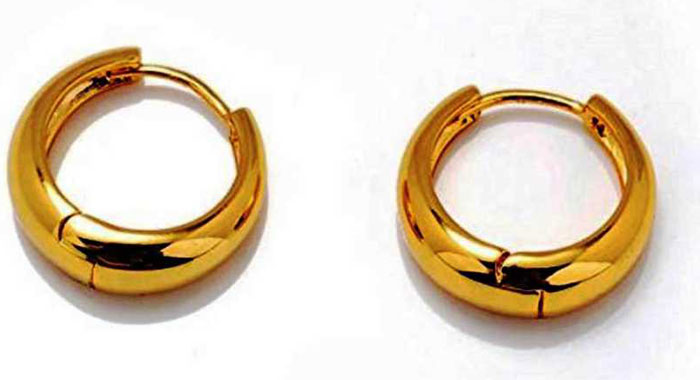 That’s the question that Senior Magistrate Rickie Burnett had for his court orderlies (police officers) at the Kingstown Magistrate’s Court recently.

The magistrate said he likes to learn every day and asked the reason why males are asked to remove earrings before entering the court.

He asked after a court orderly had ordered a man who attempted to enter the courtroom to remove his earrings before doing so.

Prosecutor Police Constable Corlene Samuel told the court that it was a protocol that she met “in the system”.

The magistrate then asked Crown Counsel Kareem Nelson, who was sitting in the gallery, if there was a reason.

Nelson said “not in my personal view”, adding that others might have another viewpoint.

Burnett said he did not want to “break all the traditions in the court”.

He said he saw it being done and he asked himself what is the reason for asking a male to take out his earrings.

“I just want to know the reason. There may be a very good reason but as the magistrate, I want to know,” Burnett said.

Asked if he knows the reasons, Corporal David Wright said it is a code of dress that he met when the joined the police force.

He said it continues, adding that it stands also for entrance to the Central Police Station, although certain senior officers waive it from time to time.

Nelson told the court that there is a requirement that people dress in a manner befitting the dignity of the court.

“And, of course, that could be very subjective,” Nelson said, adding that standards can change over time.

The crown counsel said that what may not have been befitting at one time could change.

He said he has his own personal views, “but there are some persons who are very conventional”.

The magistrate told the court orderlies that he is not saying to change it.

“Police, do what you have to do, but, I want to know the reasons for my own knowledge,” Burnett said, adding that he had seen it being done from time to time.

According to a “dress code” posted in courtroom, no short pants, tank tops, halter tops, spaghetti or strapless tops are allowed, along with shirts that do not extend to at least he middle of the thigh while the wearer is sitting.

There should also be no exposed underwear, midriffs, stomachs, or buttocks; no slacks, trousers or jeans that can only be supported by the wearer’s hands.

Clothing, hats and helmets displaying images or writings depicting illegal, violent or suggestive slogans or caricatures are not allowed in the courtroom.
The notice said that all persons in the courtroom, except those required to be there because of arrest or court order, “shall be attired in a manner appropriate to the dignity and decorum of the courtroom setting”.

The notice further said that anyone who misbehaves or enters the courtroom improperly dressed may be sent away until properly attired, or may be found in contempt of court and subjected to a fine, or incarcerated, or both.

7 replies on “Why must males remove earrings before entering courtroom?”