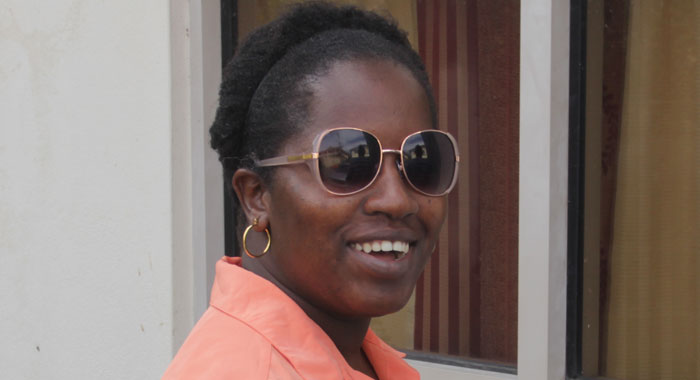 Eunice Dowers, the Nigerian-Vincentian who is being tried on over 40 fraud and other dishonesty charges, has been evicted from her rented apartment, which is featuring in the trial.

On Jan. 21, the Calliaqua Magistrate’s Court gave Dowers, 26, six months to vacate the premises, located at Brighton, which is owned by the complainant, Leona Daniel.

She must also pay rent up to when she vacates the apartment.

The complainant told the court that Dowers verbally abuses her, telling her that she would die and that she (Dowers) is “not paying any f***ing rent”.

The homeowner also complained that Dowers operates a meal service from the house and had damaged the furnishings.

Grant Connell is representing Dowers in the criminal matters, but she was unrepresented in the civil case.

Dowers is being tried at the Serious Offences Court in Kingstown on over 40 charges of fraud and money laundering, theft and using, without permission, the credit card of her former boss, businessman Bertille “Silky” Da Silva, 89.

Dowers is alleged to have committed the crimes when she was employed at Da Silva’s company, Star Garage, from April 2018 to February 2019.

She worked as Da Silva’s personal secretary and later as the company’s customs broker until she left the job after the occurrence of a physical altercation, at work, with her former co-worker, Marlon Stephenson, who has also since left the company.

Da Silva has denied that he was in an intimate relationship with Dowers, as the defence has alleged.

Da Silva, however, admitted during the trial that he had taken her for Sunday drives, that she visited and cooked at his home multiple times, and that he had helped her secure an apartment, bought her a fridge and helped her to meet financial commitments from time to time.

Da Silva, however, denied providing for Dowers a house owned by Leona Daniel for which he was an agent.

He said Dowers was living at Ribishi and was complaining about the bad roads and Daniel is his ‘good friend’ and was going back to England.

He said he asked Daniel to allow Dowers to stay at the house, but the owner asked for EC$1,200 per month in rent.

Da Silva further told the court he told Daniel that unoccupied houses are targets for burglaries and whether she would accept the EC$400 a month that Dowers was paying to her then landlord.

“She used to pay the $400 a month. When she had the credit card, she came and paid for two months and she has not paid a cent since,” Da Silva said.

The trial continues on Monday, Feb. 17.

Rose-Ann Richardson is representing the Crown in the criminal trial.