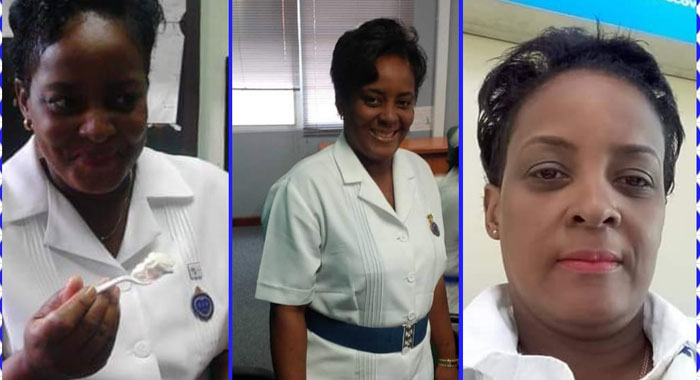 A cropped version of a montage of photos of Taylor-Israel that the S.V.G Nurses Association posted on its Facebook page on the day she died.

The police officer who handled the domestic abuse complaint by the nurse who was later shot and killed, allegedly by her husband, last month has retired from the force.

Sergeant Cleus Billingy, who had over 30 years of service, tendered his retirement letter even as police brought nine internal disciplinary charges against him.

iWitness News understands that the charges related to Billingy’s alleged neglect of duty and could have seen him being demoted to the lowest rank — that of constable.

Sources tell iWitness News that Billingy, who has some 30 years of policing experience, was the most senior officer involved in handling the complaint by Arianna Taylor-Israel that her husband, Mitch Israel, had threatened to kill her.

Taylor died at the Milton Cato Memorial hospital on Jan., 30, about an hour after she was shot around 3:30 p.m. at St. Martin’s Secondary School, where her elder son is a student.

The woman had gone to the Questelles Police Station three times in the last five days of her life in connection with her husband’s alleged threat to her life.

Taylor-Israel served a writ of divorce on her husband on the day that she was shot and killed.

At the time of her death, police had obtained but were yet to execute a warrant for Israel’s arrest.

iWitness News understands that a senior police officer had also given orders for Israel’s licenced firearm to be confiscated.

5 replies on “Cop in Nurse Taylor case retires amidst charges”