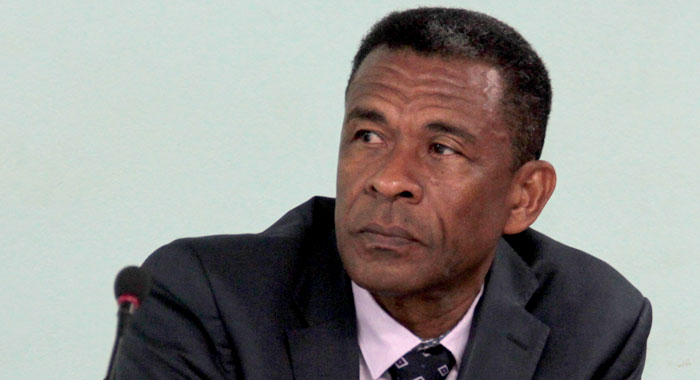 Prime Minister Ralph Gonsalves has defended a Vincentian diplomat embroiled in a vehicle-purchase scandal in Canada.

Fitz Huggins, Kingstown’s consul General in Toronto has admitted that he bought from a vehicle leasing company, for

CA$3,600, the 2015 model Kia Sorento that his government had leased for the past five years for his use on official duty in the North American city.

Huggins said that he decided to purchase the vehicle as the government was being asked to pay CA$4,500 in charges for the kilometres in excess of the number agreed in the lease.

The diplomat, in his attempts to justify his actions, said that he had saved Kingstown money by driving the vehicle – the lease of which he had negotiated — from between Toronto and Ottawa and Toronto and Montreal, as flying was more expensive.

However, his critics have questioned his action in light of the fact that he knew the terms of the lease.

They further noted that the inter-city trips might have helped to push the mileage beyond the agreed number of miles, resulting in a concomitant fall in the value of the vehicle.

They suggested that rather than Huggins buying the vehicle for his personal use, the government could have purchased it for use by a state agency in Kingstown.

Another suggestion was for the government to purchase the vehicle and auction it among the Vincentian community thereby giving multiple persons an equal opportunity to own it.

However, speaking on WE FM on Sunday, Gonsalves expressed satisfaction with Huggins’ work and defended his actions.

“I just want to say one thing, … the Prime Minister of St. Vincent and Grenadines and the government, that we have full confidence in the integrity of Consul General Huggins, he’s a man of good standing. He’s doing an excellent job,” Gonsalves said.

“The issue on which is called a quote-unquote scandal is absolute rubbish. There is no scandal there. And I will simply say to Fitz just ignore that kind of nonsense. He has acted properly, in my view, in every material respect, and that he must continue to do his good job of helping the people of St. Vincent and the Grenadines with all the stuff that he gets for us and also to keep in touch and service his constituents, the people of St. Vincent and the Grenadines in our Canadian diaspora. I just want to say that,” the prime minister stated.

It is not clear, whether in light of the suggestion by the prime minister, a lawyer, that Huggins would follow through on his threat to sue Marlon Bute, the Canada-based Vincentian who publicised the issue.

Huggins, while defending himself on Boom FM, a Kingstown radio station, said that he was going to ask his lawyer whether Bute’s comments could be deemed defamatory.

In his comments on radio, Huggins suggested that someone in his consulate had leaked the information to Bute.

Some persons have concluded that his comments suggest that members of his staff frowned on his acquisition of the vehicle and decided to make it public.