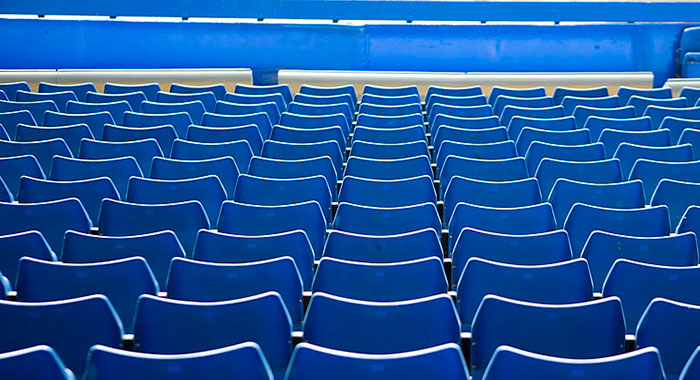 Team Athletics St. Vincent and the Grenadines (TASVG), the SVG Netball Association and the SVG Football Federation, on Thursday, announced suspension of activities as a result of the COVID-19 virus, one case of which has been confirmed in SVG.

TASVG made its decision at an executive meeting, on Thursday, to discuss the rapidly evolving situation with regard to COVID-19 across the globe.

“We will curtail the planned mini [meet] and development meets as well as the relay classic and the Wendell Hercules Open Championships. Our decision also includes non-participation in the annual Carifta Games if it remains on the scheduled dates, April 11-13,” the governing body for athletics in SVG said.

TASVG noted that the decision by the World Health Organisation (WHO) to declare a global pandemic has led to “immediate responses by nations anxious to protect their citizens.

“While here at home we have heard of some measures being put in place, TASVG has taken its stance in what it considers the best interest of its athletes and other stakeholders.

TASVG, therefore, declares that it would be considered highly irresponsible and lacking due care if it were to engage its athletes, coaches, technical officials and administrators in gatherings, however important these may have been considered in earlier planning.”

The group said it knows the importance to its athletes and coaches of participation in local, regional and international competitions.

“But we value life much more than any competitions which afford us an opportunity to represent our country and bring glory to it and global recognition to all of us.

“We, therefore, encourage all other national sports associations in St Vincent and the Grenadines to adopt a firm stance in respect of curtailing their activities that involve gatherings of people. We urge all to continue to pay due attention to the numerous advisories in respect of best practices regarding protection from the spread of COVID-19.

And, in a separate press statement, the Netball Association advised the public that as a result of the on-going spread of COVID-19, the Executive of the Caribbean Netball Association (CNA) has decided to postpone the opening of the Jean Pierre Under-16 Netball Tournament which was scheduled to take place in SVG from March 27 – April 4.

“Further, the umpires’ training sessions which were slated to convene prior to the opening of the tournament have also been postponed,” said Doris Mc Intosh, president of the National Netball Association.

And, the SVG Football Federation said, on Thursday, that the Concacaf secretariat had advised that Gold Cup Qualifiers 2020 matches have all been postponed until further notice.

Ticket holders for the home game between SVG and Guadeloupe on March 31 are asked to note that they should return the tickets to the SVGFF for refund.

“We will confirm new match dates as soon as the information is provided by the Concacaf organising committee,” the SVGFF said.

The federation also indicated that FIFA, the world governing body for football, had released a statement cancelling a number of their scheduled events “on the account of the spread of COVID-19 and advice given from international bodies, governments and authorities”.

The SVGFF said it was “closely monitoring the COVID-19 situation and will adhere to the guidelines and advice of national health authorities.

“At this time, our National Club Championship matches will go ahead as scheduled as we stay in constant communication with the health authorities. We are encouraging all to stay informed and make wise and safe decisions,” said Devron E. Poyer, general secretary of the SVGFF.