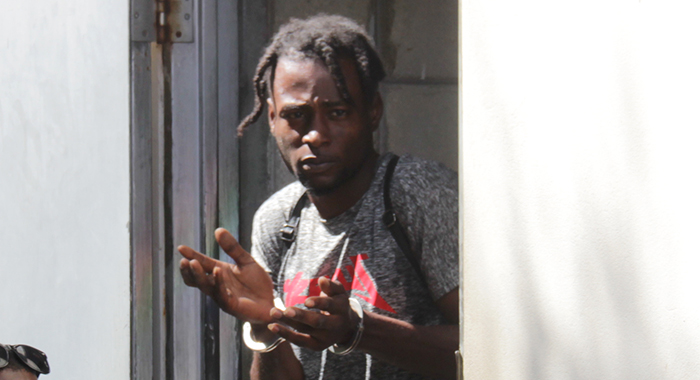 Redemption Sharpes man was, on Thursday, brought before the Serious Offences Court charged with murder in connection with Sunday’s shooting death of a fellow villager.

Chief Magistrate Rechanne Browne read the charge to Kimron Neverson, a 24-year-old labourer, who was not required to plead to the indictable offence.

Police are alleging that Neverson murdered Edward Alexis, 28, a farmer, by shooting him in his head with a gun at Trigger Ridge, Redemption Sharpes.

Alexis was on his way home from his birthday celebration when the he was killed, making him the 6th homicide in St. Vincent and the Grenadines this year.

Neverson was not allowed to plead to the indictable charge.

Corporal of Police Atnel Ash told the court that the Crown was expected to call 12 witnesses for a preliminary inquiry.

The accused man was remanded in custody until June 18.

Alexis is the second Redemption Sharpes man to be shot and killed on his birthday since 2018.

On Jan. 25, 2018, Jahbarry Charles, was shot and killed in Redemption Sharpes as he celebrated his birthday.

Charles was one of five persons including two students, who were shot when gunfire rang out in the community just before 9 p.m. that day.

Police were told that masked gunmen approached a group of young men at the pavilion in Redemption Sharpes and opened fire.

Redemption Sharpes resident Mwata Henry, 27, has been charged with murder and six counts of attempted murder in relation to that shooting and is in prison awaiting his court hearing.