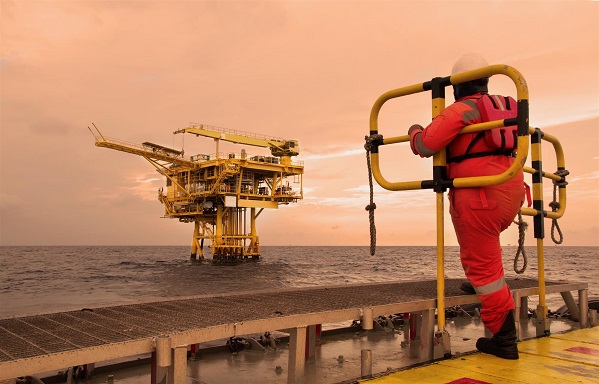 Leader of the Opposition Godwin Friday has accused Prime Minister Ralph Gonsalves of misrepresenting a private conversation they had in Parliament on April 7 about Vincentian oil rig workers stranded in the United States.

Gonsalves has repeatedly referred to the conversation, saying that, in it, Friday had told him that while there was much talk about sailors awaiting repatriation, there were Vincentian oil rig workers in similar situation.

The prime minister referred to the conversation again last Sunday in a call to WE FM.

“… By the way, on the 7th of April, Dr. Friday told me in Parliament when we talk in face to face about the cruise ship people and also very much so those who work on oil rigs who called him — his constituents, and tell him that they want to come home and see what government could assist — I said ‘Well, tell me whom I need to contact with these people for the oil rigs.’

“Up to now I have not received any information of that kind from Dr. Friday. Maybe the time is too short since April the seventh to now to get the information but that is, in a sense, by the way.”

Friday said that Gonsalves did not ask him for names of persons he could contact.

“But if he asked for a specific names … I had numbers of the people right on my phone, I could’ve given it to him,” the opposition leader said.

“That was not the request. Maybe that was his intention. If he wanted to he could have say to [head of the Port Authority, Bishen] John, ‘Well listen, contact Dr. Friday. He has these people’ and so on.

“But why didn’t they follow up with me and say, ‘Listen, do you have any additional information?’ if they wanted to do something.

“I have made all my comments public on this matter, because I want the people to know what exactly we’re advocating so that my words can’t be misinterpreted or misunderstood, that I made these comments publicly on radio station, in my address and so on, so that people know where I am.

“And I think that’s a good place for it to be so that nobody can say I say this or they say that and so on. And we’re worrying about whose recollection is wrong and who is right.”

Friday said the point is that he wants to be helpful in the matter.

“… and anything that I can do to assist people to come home, I’ll do it. I think we’ve had so much back and forth on this. Too many conditionalities are being set, to bring citizens home. All of that stuff needs to stop. The people are in difficult circumstances,” he said.

The opposition leader said that while some persons might note that the sailors are on a cruise ship and are being fed and housed, “you are in a confined environment; you don’t want to be there.

“… It affects people’s mental state. It worries their families here at home in St. Vincent,” he said.

He pointed out that the sailors have contributed enormously to the Vincentian economy.

“They can’t find jobs here in St. Vincent on land. You think people don’t prefer to stay here and work if they could? So they leave their families to go out on the ships to get jobs and they contribute here…

“And we can’t just simply look at this as a moment now and disregard all the last 20, 25 years of all the contributions that the sailors have done and the … oil rig workers for the last 10 or 12 years.

“We have to have to give people the confidence to know that we have their back and when they go out and they work and they get into difficulty that we will stand up for them. That’s what the state does… The first priority of government is the security of its citizens and especially when they are abroad,” Friday said.

“Who else is going to go and do it?  You don’t have the means to do it; I don’t have the means to do it. I can advocate. And I can push government here to act but they go through diplomatic channels, they have to use those channels. They won’t talk to me because I’m in the opposition. When I’m in government, I will use those levers to help the people of this country rather than trying to use them to gain political advantage domestically.”