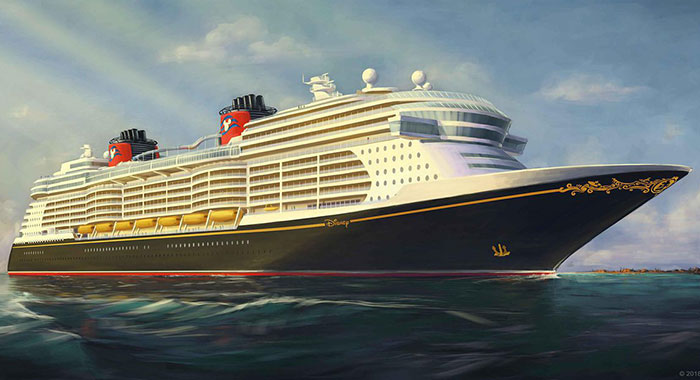 Disney Cruise Line, which Prime Minister Ralph Gonsalves says has a cruise ship “somewhere nearby in the region” with 25 Vincentians on board has agreed to his government’s repatriation terms.

Gonsalves said on WE FM on Sunday that Disney and TUI Cruises –which has a vessel in Southampton with 45 Vincentians on board — have agreed to the terms.

The Disney vessel could be the same one that Gonsalves told Parliament on April 7, was off the coast of Barbados.

Gonsalves said that before repatriating Vincentian sailors, cruise lines must send a list of the names of the sailors as well as their COVID-19 status and the place at which they intend to undergo 14 to 21 days quarantine.

“… up to last evening (Saturday), only two cruise ships have sent any information to Bishen John at the Port Authority and very limited information. They have just sent the names of the persons to be repatriated not the other information that we require, though they say, according to Bishen, that they will send them because they have the protocols.

“That is to say 25 persons from a cruise ship somewhere nearby in the region here operated by Disney and a cruise ship which is in the harbour at Southampton… with 45 Vincentians aboard operated by TUI…” the prime minister said.

Meanwhile, Gonsalves said that the latest information was that Royal Caribbean had not yet cleared a plan with the CDC and the US Coast Guard.

“… because that ship apparently somewhere in US waters or the persons they want to send you — I don’t know if they on one vessel or more than on one vessel,” Gonsalves said.

“So any question of they being repatriated is premature, they haven’t crossed that hurdle up there yet. So when anybody says is Ralph holding them — I am not doing that at all. I want to see them go home.

“But while the cruise ship operators doing what they doing, try to have their plan or whatever it is, and that plan has either not been done, or has not been approved.”