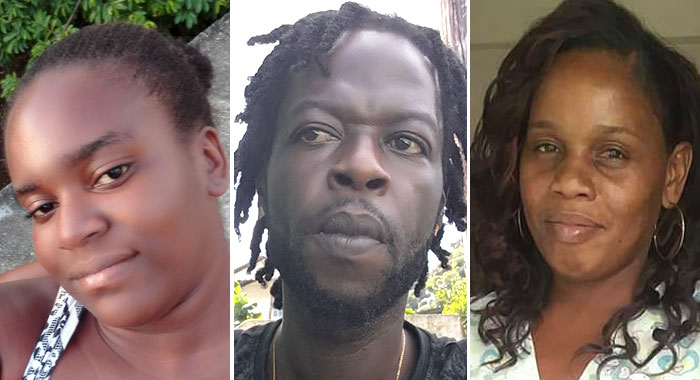 A Rillan Hill man at the heart of a love triangle that saw his girlfriend being ordered to compensate his “good friend” for wounding her, told the court that he is a “number 1 dad”.

Benson Jack told the Kingstown Magistrate’s Court that he had not been neglecting their child, as his girlfriend, Pallesay Muckett, 27, had alleged.

Jack made the assertion recently after being summoned to testify during Muckett’s trial for wounding Jack’s friend and former lover, Cindy Coombs.

When the trial began in July 2019, Senior Magistrate Rickie Burnett had commented on the unwillingness of Muckett’s alleged friends — including her boyfriend — to testify in the case.

“We can’t force people to come and testify but as a society, this is not good at all,” Burnett had said.

The court later summoned Jack to testify in the case.

Jack, Muckett and Coombs are residents of the South Leeward village, where the wounding incident occurred at McNeil Shop on April 12, 2019.

When the trial resumed in April, Jack told the court that he and Muckett have been in a relationship for about 10 years and have one child.

He and Coombs have been friends for about as long as he and Muckett have been together, Jack further told the court.

He said that the fight involving Muckett and Coombs took place inside the shop and when he went inside, it was finished, so he was not in a position to comment on what had happened.

Jack said he did not see Muckett stab Coombs but Coombs had told him that she had done so, and had shown him a “punch” on her arm, saying that Muckett had inflicted the wound.

Jack said that he did not see Muckett with a knife during the fracas.

Jack’s testimony directly contradicted that of his girlfriend, who told the court that they had had an argument and a fight on that date.

During his cross examination by prosecutor Police Constable Corlene Samuel, Jack said that he and Muckett “had a “discussion not an “argument” and the discussion did not end in a “scrambling up” resulting in people having to separate them.

Jack said he could not recall what the discussion was about.

The prosecutor put it to him that the reason for the exchange was that Muckett had accused him of not spending enough time with their child.

Jack told the court that he and Coombs were and are still friends and that they had a sexual relationship “many years ago”.

The prosecution put it to Jack that the discussion was about him and Coombs’ relationship and Muckett’s displeasure with it.

Jack said that Coombs was not involved in the discussion and did not exit the shop while it was taking place outside.

He said that after the discussion, Muckett went into the shop but he could not say what her disposition was.

“Everybody was in emotion and high temper,” Jack said, adding that he did not know what transpired in the shop between the two women.

He said that while he heard noise in the shop, he could not “be particular” if he heard Muckett’s voice.

Jack also said he would know Coombs’ voice if he hears it by itself.

He told the court that when he got into the shop the noise had abated and persons inside told him that Muckett and Coombs had been fighting.

Jack said that after the fracas, Muckett went home and came back with his clothes and tossed them on him.

He said that Coombs had probably gone home or was somewhere around and that he cannot recall some of the clothes falling on her.

Jack said he burnt the clothes and went home and does not know if there was an altercation between Muckett and Coombs.

In her testimony, Muckett told the court that she had gone to the shop to confront Jack “about family matters” and they got into an argument.

She said that Coombs was in the road near the shop.

Muckett said she (Muckett) and Jack has a “scramble up”, after which she told Coombs, “’I am tired of you and Benson’ and then we (Coombs and Muckett) started to fight.

“I pushed her with my finger like that,” Muckett said, gently touching herself on the shoulder.

She said that in response, Coombs pushed her back on the table and they started to fight.

Muckett said Jack was there during the fight and other people separated them, and then Jack exited the shop, without intervening.

She said she and Jack argued outside the shop again and then she went home and returned with his clothes.

She said she threw the clothes on Jack and some of them landed on Coombs instead.

She said that Coombs rushed into her and they started to fight again.

Muckett told the court that both she and Coombs were injured during the fight.

“My face was swollen,” she told the court.

During cross examination, Muckett told the court that Coombs did not intervene when she and Jack were fighting.

“So yuh go up go fight the woman who bin dey with yo’ man!” the prosecutor told Muckett.

“No. I didn’t have any intention to get into anything with Cindy,” Muckett said.

In response to the prosecutor, she further said that she did not have a knife and denied telling Coombs, “Wha’ you and Benson ha’ going on?”

“And your beloved boyfriend stand up there and see you fighting and do nothing because you were the aggressor. Yo’ go there to fight for man,” Samuel said.

The magistrate found Muckett guilty, saying he had found Coombs version of the events was clear and gave a sense of what happened.

He said that self-defence was not an issue at all in the case.

He ordered Muckett to pay Coombs EC$500 in compensation by May 29 or spend two months in prison.

One reply on “Woman guilty of wounding boyfriend’s ex-lover”