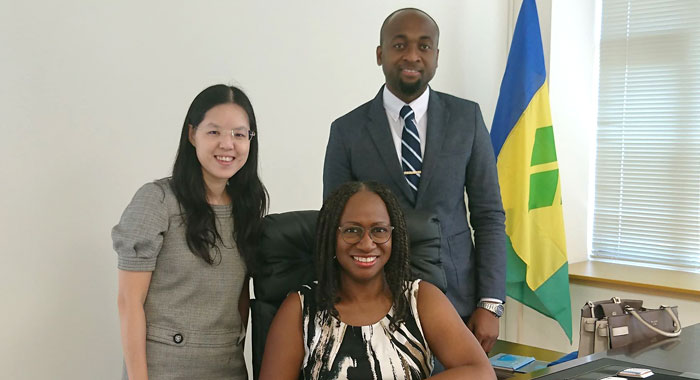 A Vincentian in Taiwan has expressed shock after his country’s embassy in the Asian nation sent a private document related to him to the media.

The Vincentian, who has been living in Taiwan for almost a decade, further told iWitness News he was disappointed that the embassy contacted him five days after the incident, apparently and only because they were of the view that it could become a news story.

Last Monday, iWitness News received the private document, on two separate occasions, minutes apart, in emails from the St. Vincent and the Grenadines (SVG) embassy to Taiwan, located in Taipei.

A third email asked that the earlier emails containing the document be disregarded.

The photographs in the third email were also included in the second email, which also contained the private document.

The first email contained only the private document, a scanned PDF file labelled “Media_051820” — the numbers being an apparently reference to the date.

iWitness News has since learned that the document was sent to at least one other media entity in SVG.

The Vincentian to whom the document relates, told iWitness News on Saturday that SVG ambassador in Taipei, Andrea Bowman contacted him on Saturday morning (Taiwan time) saying that her embassy had received word that the media was going to publish a story about the faux pas.

The Vincentian said that the diplomat told him that her staff had sent out the document without her knowledge and that she did not want him to learn of the development before she had apologised to him.

The document had been sent to media in Taiwan and SVG, the Vincentian said.

He said he asked Bowman when the mistake had occurred and why it had taken the embassy so long to inform him.

iWitness News understands that the Vincentian had learnt about the development earlier in the week from relatives, but did not let on to the ambassador that he had earlier been aware of it.

He told iWitness News that he was concerned about the development, saying that it could have been another document containing sensitive information about a citizen or bilateral relations that was sent to the media.

Asked if he had accepted the ambassador’s apology, the Vincentian said he had had told the diplomat that he did not know what to do about the situation.