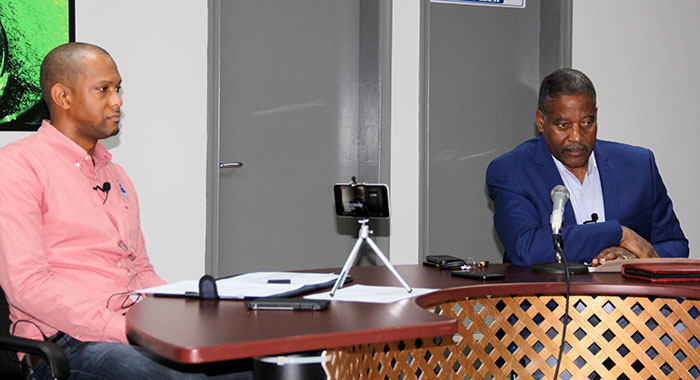 The Central Water and Sewerage Authority (CWSA) says it has completed a design for a desalination plant in Port Elizabeth, Bequia, but there is a good reason why it has not pursued this option in St. Vincent.

On Friday, Chief Executive Officer of the CWSA, Garth Saunders noted that the state-owned company is responsible for supplying water to all of St. Vincent and the Grenadines.

He, however, noted that for the 50 years of its life, the CWSA has not fully addressed water supply in the Grenadines.

He said that whenever necessary, the company can send teams to assist with the distribution of that water in the Grenadines.

“So water supply to those islands is something that is on the radar for those islands and we hope in the coming years to increase our efforts and address those situations,” Saunders further stated.

He was speaking at a time when St. Vincent and the Grenadines is experiencing its worst drought in 72 years.

As a result, 50% of CWSA’s customers in St. Vincent — from Layou to Stubbs — have been placed on water rationing, with most receiving water only six hours in every 24.

“There is a good reason why we are not into desalination in St. Vincent. We have a very good gravity-fed system for 10 to 11 months of the year. So when you talk about desalination for St. Vincent, we have to be careful because we don’t want the cost to escalate — the capital cost and the debt servicing cost.

“And that cost will have to be recovered from the consumers. So when we talk about desalination for St. Vincent, it would only be for a certain period of year and for certain areas. And we are a small community, a small, not so rich community so we will have to take measures to keep our cost down and make our availability very high.”

Speaking at the same press conference, Bernard Maloney, a CWSA engineer, said data from the Cayman Islands, which uses 100% reverse osmosis, show that a typical household of four people uses 30 gallons of water a day and has a water bill of EC$266, excluding any other charges.

In St. Vincent, Maloney said, a customer would pay only EC$27 for that volume of water in a month.

“There is a huge cost factor. Apart from that, desalination contaminates the environment quite a lot, there is the reject stream that contains a lot of chemical, micro-contaminants and we have to understand [that] we, as a community, we love our fish; we have a lot of fisherfolk that depend on it for their living; it will have impact on our fisheries, so we have to be very careful.

“It also consumes a lot of electricity. Around the world, the push now is to reduce carbon emissions. So we have to go about this quite judiciously and make the decision — we already have plants in place for the Grenadines, we are also starting to think about alternative sources for St. Vincent. This will naturally develop over time, and, of course, it requires a lot of finances. So there are a lot of considerations that have to be made.”

Maloney said the CWSA’s water resources unit has been collecting data on rainfall, stream flow, bulk metre reading of water production, soil moisture, radiology, and information on a lot parameters that the CWSA hopes will feed into climate models.

Most of the climate models are generally globalised or regionalised and, therefore, the CWSA wants to be able to make specific projections for SVG.

“So we are hoping that, in time, as our data bank increases, we will be able to use this resource to help us to manage our resource better. We do except that over time, the islands will become warmer and water availability will become less but not anything of this scale. We haven’t seen anything like this in 72 years. So we don’t expect this to be an annual occurrence,” he said, referring to the current drought.