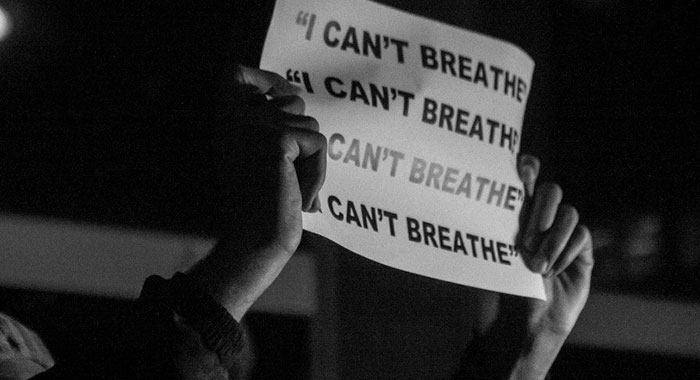 Systemic racism from slavery to globalisation

Black people the world over are under siege. White supremacists have not taken a day off nor have they taken a recess from plundering our melanated skins since Conquest, Settlement, Slavery, Colonialism, Jim Crowism (in the USA), Neo-colonialism and presently Globalisation. The cries are audible, silent and deafening.

“Riot is the language of the unheard.”

“Injustice anywhere is a threat to justice everywhere.”

“The hottest place in hell is reserved for those who remain neutral in times of great moral conflict and he or she chooses the side of the oppressor.”

“God is never on the side of the oppressor.”

From all these quotations, it can be concluded that it is the duty of a human being to fight the oppressor anywhere, at any cost, by any means necessary. It is not a choice. It is a necessity for the preservation of Human dignity and righteousness.

On May 25, 2020, George Floyd , an unarmed black man died mercilessly in Minneapolis after he was handcuffed and brutally pinned to the ground by a white law enforcement officer with three other officers as accomplices. He was being restrained “for suspicion of a non-violent crime”. Later he met his untimely demise while onlookers pleaded incessantly for more than eight minutes for his release from the officer pinned knee at his neck.

This horrific act the officer performed was with a callous cavalier attitude, while savagely placing both his hands in his own pockets. Of an important note is that Mr. Floyd kept mourning, “I can’t breathe” and begged for his dead mother. By so doing, all mothers on earth heard his plea and felt the horrendous pain of a son being killed cold bloodedly. Surprisingly, all this took place in the middle of a pandemic (COVID-19) where “social distancing” was the order of the day by World Health Organization (WHO).

This barbaric ordeal was videotaped for all and sundry to witness universally. A postmortem later confirmed that the victim died of complications of a preexisting condition of the heart. Later, it took an independence autopsy to unravel that he died of “asphyxia”. This disgusting travail sent shock waves throughout the United States and the world at large sparking widespread demonstrations which escalated into violent riots all over the United States and continue to spread throughout the world. Black people, yellow people, white people, brown people and the in between joined the struggle for George Floyd, validating the call for an end to racism and police brutality in the United States and beyond.

These despicable actions are really a continuum of what we have endure as a people from slavery to globalisation. They are based on the false doctrine that “white is might” and “that white is naturally superior to other races” and all the atrocities that follow thereafter. “It is enough, no more”. Now, we are proving that the end of Western capitalism based on racism and wanton greed is drawing near. The sun is finally setting on the west. As the late song writer/reggae superstar Bob Marley said, “How many rivers do we have to cross before we can talk to the boss”…”Burning and looting tonight” … “Burning all illusions tonight”.

Throughout the course of history, persons like Rodney King, Trayvon Martin, Eric Garner, Ahmaud  Arbery Breonna Taylor, Philando Castile and Tamir Rice, to name a few, have all faced similar fate at the hands of  white supremacy. We have lost many of our heroes in battle on the frontlines against racism and injustice for our people. Heroes like Marcus Garvey, Malcolm X, Kwame Nkrumah, Martin Luther King Jr., Joseph Chatoyer, Toussaint Louverture and Kwame Ture. When we look at the world, the teachings of all the above mentioned heroes are relevant now more than ever. As a black man, a Caribbean man and an African born in the “New World”, I feel compelled to condemn injustice, racism, inequality, discrimination and the alienation of one people by another for that matter. I am now calling on the 230 million of us in the African diaspora to do likewise and fight the power by any means necessary for our new liberation. A black man/black woman pain anywhere should be felt by black men/women everywhere.

I also want to reaffirm this new wave of consciousness that is now sweeping the globe “Africans unite at home and abroad”. We must champion the clarion call “Black lives matter”. To those who oppress our people, your days are numbered and it’s coming close to payday. It was our brother Malcolm X who warned us, “Nobody can give you freedom, nobody can give you justice, if you are a man/woman you take it.”  You really can’t be on the side of the oppressor and the oppressed at the same time. Let history and your conscience prove you right, so we can breathe again. After 400 years of being “second class citizens” in the western world, even though we were born from kings and queens, we stand on the side of justice and righteous. Africa is stretching forth her hands for our repatriation while we struggle in the west for reparations and social justice.

The struggle is real, so too is the cruel intention of our enemy to keep us subjugated economically, culturally, and politically so that we will never access state power universally. And even though we do access power, it is always to the glorification and interest of the lighter hue. Now is the time to plot, organise, strategise, mobilise, humanise and revolutionise as one people.

We must advocate for universal access to health care for our people, for an end to mass incarceration, police brutality, unequal job opportunity, racism and racial prejudice in the justice system, limited access to affordable education and housing and an end to stereotyping and stigmatisation of the black skin.

In conclusion we extend condolences to the family of George Floyd. On behalf of all Caribbean people, we also convey our sympathies to all the families who have suffered similar loss and pain in these modern times. I can assure you, don’t be dismayed, as a new day is dawning for all black and down-trodden people around the world starting with the United States. We now reiterate the call by Robert Nester Marley: “Get up, stand up, and stand up for your right/Get up, stand up, and don’t give up the fight.”

14 replies on “Justice for George Floyd: We still can’t breathe”