BLM movement and the Caribbean 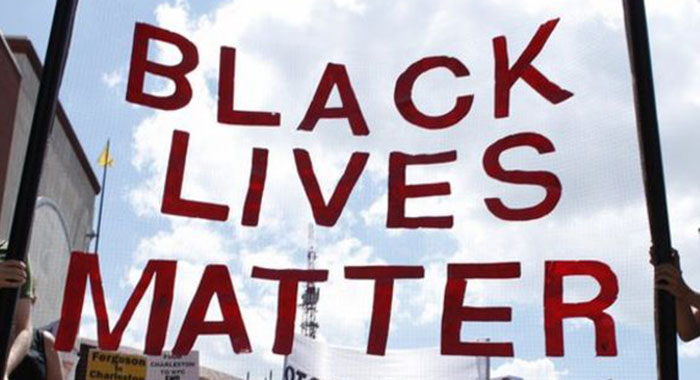 I don’t think there is a single movement as important today as the Black Lives Matter movement.

Let us be clear, this struggle is not a new one, it goes back centuries and the fact that the fight is still as relevant today as it was when the first “Guineaman” set off from Africa for the New World is a damning indictment on us as a global society. The struggles faced by persons of colour are very real, and as we have seen in the United States, they are life threatening.

But possibly more than any time in our history, the importance of the BLM movement is underscored by the sheer numbers of people who have risen up since the death of George Floyd at the hands of the Minneapolis police. What is equally important is the diversity of those standing together expressing their outrage.

It is very encouraging to see the powerful young black voices that have risen up to clamour and lead the movement for change; people like Madeliene and Spencer Smith, Midas Well, Nupol Kiazolu, Tatiana Washington and Thandiwe Abdullah, just to name a few. Their struggle will determine what tomorrow looks like, and build on the foundation laid down by heroes such as Martin Luther King, Nelson Mandela, Rosa Parks and Phillip Randolph.

The fight is a just one — the struggle sacred.

As enthused and excited as I am by those genuinely leading the movement, I must advise caution especially when I see other persons using it for other less noble purposes.

Wherever you have such an incredible struggle, you also have oceans of passion, and sadly there are some who would use that passion to push their own agendas, stepping forward to “cast the first stone” as it were.

This is more relevant as the Caribbean now finds itself joining the struggle. The Caribbean, more than any other place in the world, has had to lift itself out of the legacy of colonialism, and, like nowhere else on the planet, it is blessed with a diversity of colour, language, food, culture, customs and religion.

But unlike the struggle facing many persons of colour in the United States, the Caribbean has a unique dynamic where this demographic actually stands in the majority in nearly all of the islands. It means the BLM movement takes on a different dimension here. It means the issues at hand have to be more clearly defined, are more intricate and have to be more carefully dealt with.

Sadly, it also creates a window for individuals/dissident groups to push their own agendas. This can only undermine a very important movement, and we must all be much more discerning when we see attacks being launched at persons and institutions in society.

Many of us in the region identify with and can relate to the issues inherent in the BLM movement. We want to be and are part of the struggle. We want to stand in solidarity with our brothers and sisters hurting in the United States and the world over. But like the looters and fire starters in the US, let us be on guard against those who would abuse this hallowed movement, and as the peaceful protestors in the US helped to weed out the culprits, let us too not hesitate to admonish any perpetrators who in the end may cause more harm than good.

3 replies on “BLM movement and the Caribbean”