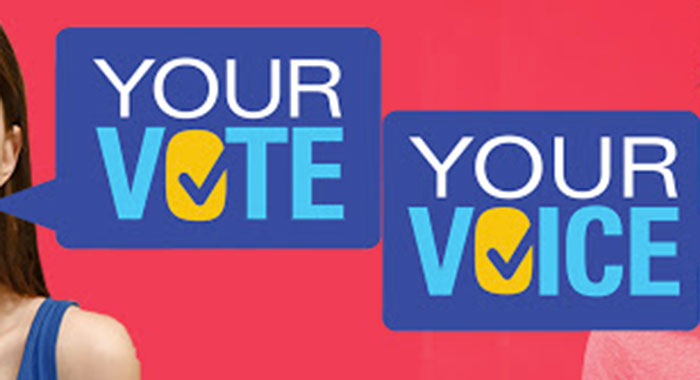 An opposition senator has begun a voter information campaign ahead of the next general election, focusing primarily on the Representation of the People’s Act (RPA).

The RPA, the nation’s electoral law, governs the conduct of elections in St. Vincent and the Grenadines.

“The NDP is starting something that we’re calling ‘Election Watch’. Never again, never again, they’re going to steal another election in St. Vincent and the Grenadines. I promise you. I promise you that, my people,” Kay Bacchus-Baptiste, a New Democratic Party’s candidate told a virtual campaign rally Tuesday night.

Bacchus-Baptiste, who is hoping to unseat the Unity Labour Party in West St. George, played at the rally the first two editions of the public information campaign.

“One should produce an ID card before voting, but he or she can vote without producing an ID card once the presiding officer is satisfied with his or her identity, and the person’s name is on the list,” Bacchus-Baptiste further said, quoting the electoral law.

She noted that under the RPA, if any person should make a false claim or statement to be included in the register of votes for a constituency, that person is not qualified to be so included, is guilty of an offense and is liable to a fine of $750 and to imprisonment for six months.

In another episode of the “Election Watch”, the senator noted that persons shall remain registered on the list until his name has been deleted from the register because: 1. he has died; 2. an objection to his registration has been allowed. 3. he has been out of the state of St. Vincent and the Grenadines for over five years, except he is studying and, 4. he has been disqualified from voting under law.

“Section 15 says the Supervisor of Elections shall make removals from the quarterly list in consequences of any action taken under Section 7 above and shall publish as soon as possible thereafter, the corrected quarterly list.

“Section 25 says the Supervisor of Elections shall exercise compliance with all the provisions of the RPA, including sections 7 and 15, which I just read, and shall execute and perform all other functions conferred and imposed upon her under the Act. It may well be an election offence under Section 48 for her not to comply with these provisions,” Bacchus Baptiste said.

“So you can’t say you didn’t know when you try to vote twice, or if you vote in dead people’s names,” she said.

Regarding the ballot paper, she said:

“Well, the ballot paper will not be badly designed this year. I can tell you that because every Vincentian will know what a ballot paper should look like.”

It was alleged that the ballot paper in at least one constituency in the 2015 general election was “misdesigned”.

The effect of this was that the authenticating marks remained on the counterfoil rather than on the ballot, making it impossible to know whether a ballot cast was one legitimately issued by a presiding officer.

4 replies on “Senator begins voter education campaign ahead of election”