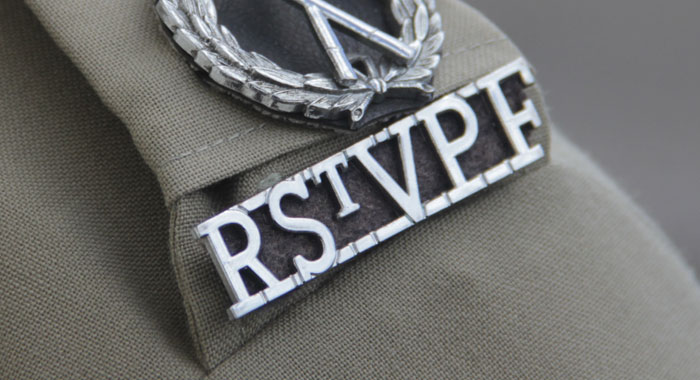 Prime Minister and Minister of National Security Ralph Gonsalves says he has asked for reports into exchanges between two female police officers and senior ranks in separate incidents, recordings of which have been circulated on social media.

One of the recordings, laced with expletives, is said to have been made, surreptitiously, at the office of the Commissioner of Police, Colin John, during a meeting involving a female constable and senior male officers.

The other is said to have been made at the general office of the Criminal Investigations Department, in Kingstown, and is said to have involved a female sergeant of police and the police chief.

“First of all, I haven’t heard the things, eh, because in relation to both of them, the commissioner told me about them so I said to him, ‘Send me the usual reports as to what transpired’,” Gonsalves told iWitness News on Monday.

“All those who were involved in these things would send me reports. So, I really can’t comment until I see the reports and even I see the reports, I don’t know whether or not I’d comment,” the prime minister said.

The expletives-laced recording obtained by iWitness News is 2 minutes and 21 seconds long and begins, with what sounds like a zipper closing or opening.

Then a male voice reads what the conversation later reveals was a WhatsApp status.

“Some people does feel people are robots so tell me since yesterday morning at 4 am my eyes open I have not closed my eyes till 1 hour ago now these people callin me bout work and work. f**k am not a robot let me rest my f**king body.Is beat I came from I work station orderly with my f**king eyes open from 6 to 6.Country patrol 11 till after 2 pm. Bout learn and learn f**k all of you.I’m not a sleeper alyo know who the f**k alyo can pull rank on bout sleep and sleep.F**k off,” the male said, reading the WhatsApp status.

The male then asked the female if she had made that post and she said, yes, “but only for two persons to see”.

The female officer began saying that she had edited her privacy setting.

“That’s not the point! Shut up!” the male responded.

The female, apparently responding to an indecipherable comment, apparently from another male in the room, said she had edited her setting so that “Corporal Richardson” and another person could see it..

“So she has no right to go and screenshot it,” the female was saying, when the main male speaker retorted, “Shut up!”

“Don’t tell me shut up,” the female shouted back.

“I am not your child!” the female said.

“Yeah! Get out my office,” the main male speaker said as the second male member said, “You cannot be posting those things.”

“Get out my office,” the main male speaker said, as the female reiterated that “it was only two persons”.

“Get out my office!” the main male speaker again shouted.

“You are a police officer. You have to have respect for yourself,” the second male speaker said.

“I respect myself. You respect yourself? If ah bin open me foot gi’ yo’, yo’ wudda like that. Ah done break up the perfume yo’ gave me, too.”

Gonsalves told iWitness News that the reports will be from people who were present giving an account of what transpired.

iWitness News told the prime minister that while one might say there is an issue of ethics involved in the making of recording, there might have also been some motivation, whether or not based on experience, for taping it.

“Well, that’s the point,” prime minister said. “You are coming to me what might have happened. The woman might have gone there deliberately to tape the commissioner.”

iWitness News told the prime minister that while the taping might have been deliberate, there is still the question of what motivated the actual making of the recording and that it could have been based on experience or perception.

“The truth is this, though. Unless I get all the information and the context and everything — but you know inside of the police force, it’s legendary that officers cuss people on an on-going basis.

“You must be have more bad word being cussed in the walls of the police force than – I think the most notorious of them was Toussaint, and it’s part of … almost like part of a military, quasi military culture… So I am waiting on reports. I don’t know if anything significant turns on these things.”

iWitness News noted that that in one of the recordings, there had been a suggestion of something sexual when the female told the male officer, “If ah bin open me foot gi’ yo’, yo’ wudda like that.”

“That itself would tell you a story. People can always say what they want to say. A woman is in conflict with you and one of the simplest things in these days of all kinds of things swirling round in the media is to just lash out.

“Now she is calling around and saying she is so sorry and all kind of things. On all these matters, you notice I always keep a calm head because truth is this, at the end of the day, what all this amounts to? Maybe because I have lived through so much in life and see so many things with suffering and so on that I learn to put things in balance…”

Asked if it emerges that there is some issue in the police force where officers, regardless of their rank, are making inappropriate sexual advances at others, Gonsalves said:

“It could be. It could be. It’s a problem in police forces, in armies, you read about it also in the US, in Britain too and in other countries in the Caribbean.

“And sometimes it’s used — you have to separate the genuine thing from what is used as a weapon because some people weaponise sex. I would wait until I see whatever reports are sent to me.”

9 replies on “PM asks for report on recordings involving cops”