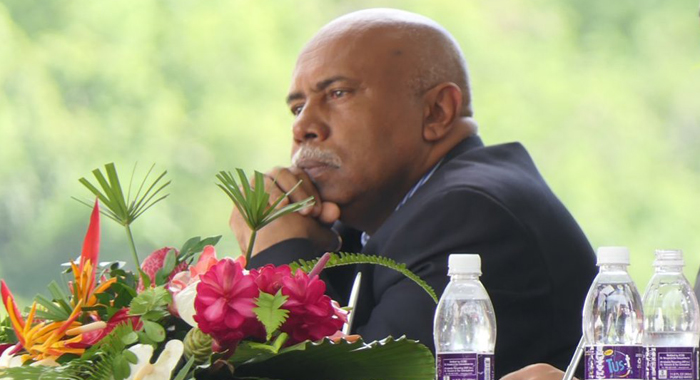 The impact of COVID-19 on tourism in St. Vincent and Grenadines is not just “severe” as Opposition Leader Godwin Friday said in a question to Parliament on Monday, but “crippling”, according to Tourism Minister Cecil “Ces” McKie.

Friday in his question asked the tourism minister to state, in light of the “severe impact” of the COVID-19 pandemic on the travel and tourism industries, the projected impact on the local cruise and hotel sectors of the tourism industry, and the measures the government has implemented or plans to implement to help the local tourism industry to cope with and recover from the economic fallout of the crisis.

“The Honourable Member used the word ‘severe’. I would add ‘crippling’ to that description. So the impact has been both severe and crippling, to the tourism sector.”

McKie reiterated that the tourism sector probably was the hardest hit by the coronavirus pandemic of all the sectors across St. Vincent and the Grenadines.

“Arrival numbers would give you an idea of the impact on local cruise and the hotel sectors,” he said, adding that what had promised to be a record breaking year across all arrival types has been brought to a halt.

“By air for example, while we did not close our borders, did not close our airports, the fact that three international carriers stopped flying to St. Vincent and Grenadines — that’s Caribbean airlines, American Airlines and Air Canada Rouge — and LIAT also stopped flying … meant therefore that no returning Vincentians came home, no visitors came to the destination.

“There were no heads in beds. So the hotels were empty for most part and there were no takers of the packages offered by the local cruisers.”

He said that while it was indicated earlier that day that flights should recommence the first week in July, there was still uncertainty as he was speaking, and Air Canada has rescheduled their July 2 resumption of flights to SVG to July 23.

“American Airlines is still on schedule for the 11th of July. We, as yet have no indication from Caribbean Airlines when they will recommence and LIAT also has given no indication on when they would recommence flying. So I think the other Caribbean countries are also suffering the same fate in that their flights have been pushed back in some cases as well,” McKie said.

He went on to detail the income support measure that his government has provided for persons in the accommodation and travel industry, including income support of between EC$250 and EC$300 per month for six months for workers in the hospitality industry.

He noted that the government negotiated with financial institutions to give some relief to the business sector, as it relates to payments at banks and utility bills.

Further, the government has extended the period in which hospitality industry employers would be required to pay severance.

“And this would also be of great benefit to the operators in the sector,” he said