On hospital financing, PM says his Facebook page is wrong 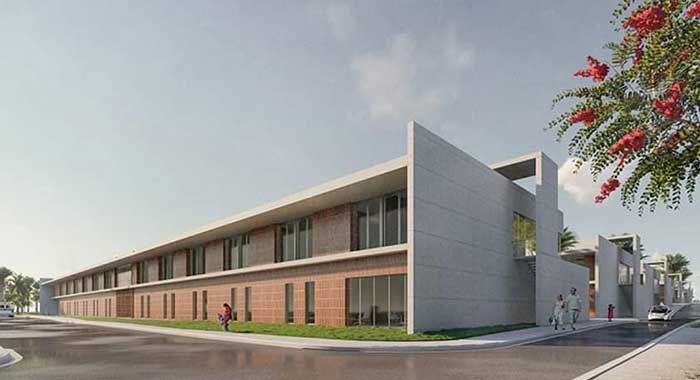 Despite a Facebook post to the contrary, Prime Minister Ralph Gonsalves says he has never said that the World Bank will finance the construction of an acute referral hospital, which his government says it would build in Arnos Vale.

A June 24 post on the Ralph Gonsalves Facebook page, confirmed by the social media network as the authentic page of the veteran politician, said that the Unity Labour Party (ULP) government had, from the World Bank, the funding for the hospital.

However, opposition spokesperson on health issues, Daniel Cummings, called out the prime minster at a New Democratic Party (NDP) virtual meeting on Thursday, accusing him of lying to the public.

“Within recent times, if you go to the Facebook page of a man called Dr. Ralph Gonsalves, you would see that they are telling this country that they have the money to build this modern hospital and they go further and tell you that that money is secured from the World Bank,” said Cummings, who is also Member of Parliament for West Kingstown.

“A liar ain’t geh no memory,” Cummings told social media and radio audiences, adding that since the beginning of the current term of the ULP administration — which began in December 2015 — the World Bank provided funds to pay for the design of the hospital.

“Ladies and gentlemen, boy and girls, that is a fundamental, blatant lie,” Cummings said.

He said that the World Bank has advised that the funding they provided is only for design of the hospital.

“They have provided no funds for the construction of that hospital,” Cummings said.

However, speaking on WE FM on Sunday, Gonsalves said he had noticed that the NDP was accusing him of lying.

“If you listen to my speeches, public — and on the platform and in Parliament and on the radio, I say the World Bank has financed the search for the site, the study for the site and they selected Arnos Vale.

“The World Bank has financed, the design for the hospital and I have said that having financed the search for the site and the design, I do not expect them to leave us in the lurch.

“And both myself and the finance minister have raised the issue directly with the relevant officials in the World Bank in the next cycle for possible consideration. But I never said we got funding.

“Apparently, on my Facebook page, the person who manages that, I haven’t looked to see whether what the NDP is saying is true, that either it was said or it was suggested that we had the funding from the World Bank.

“And if my Facebook page said that, that’s an inaccuracy. But they should take what I have said out of my own mouth repeatedly, but they want sideshows you see. Eh?

“The fact is this, I have a site selected by the World Bank finance consultants, I have a design done, and the question is, if I get money to build an international airport, is a hospital I wouldn’t get money fah? From whichever source?”

However, while the prime minister said that it is inaccurate to say that the World Bank had financed the construction of the hospital, the post remained on his Facebook page up to 5:28 a.m. Tuesday, more than 24 hours after he said it was inaccurate and four days after Cummings pointed it out.

6 replies on “On hospital financing, PM says his Facebook page is wrong”