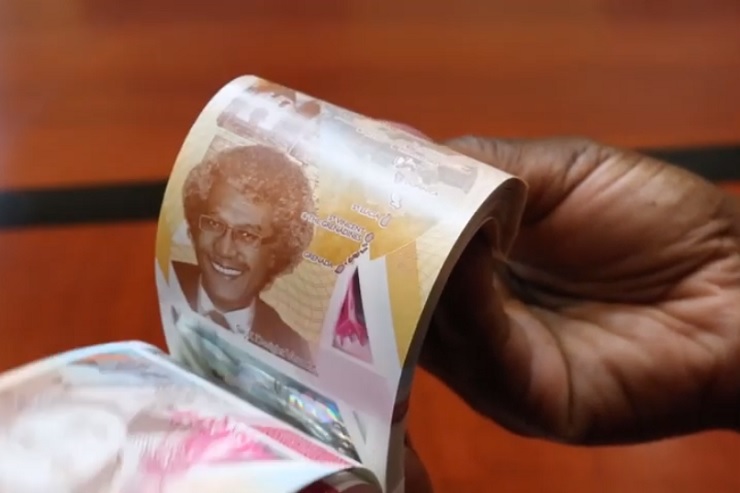 While many Vincentians are feeling the impact of the COVID-19 pandemic deep in their pockets, that is not the case with the government coffers so far.

According to the latest figures, government revenue for the first six months of 2020 fell by just about EC$400,000.

Further, government spending increased in the first half of 2020, compared to last year.

Prime Minister Ralph Gonsalves in revealing the numbers on WE FM on Sunday, said that before the pandemic, SVG was on track for “an excellent year”.

Gonsalves said that in June, revenue fell 8%, compared to last year and for April the numbers were almost “even Steven”.

He said that at the end of March, for the first quarter, the country was almost 9.5% above 2019 revenue collection.

“And we were well poised for an excellent year then COVID came.”

“And for the first six months of the year, we are just down 0.1. So that we would have been in a bumper year but we’re kinda holding it. It is difficult, but it is not abysmal, if you understand what I mean.”

“But the situation has deteriorated. Clearly May was a bad month, though not as bad as countries that went one-third, 30-something per cent or even, in one case, 50% and even over 50% drop.

In 2019, capital expenditure for the first half of the year was some EC$16 million, compared to EC$42 million this year,” Gonsalves said.

And the government has salted away a contingency sum.

“Just in case we have an upsurge of COVID and the thing getting even worse regionally and international, if we have to declare a public health emergency of if we have a natural disaster from any of the storms or hurricane ahead, I have about 76 million put aside for that purpose,” Gonsalves said.

He said this is made up of EC$54 million at the World Bank under the catastrophic draw down and EC$22 million in the Contingency Fund.

“What we have been doing in terms of raising capital, we do our rolling-three-month average treasury bills on the regional government securities market. We have been getting very good interest rates and we have been having more people bidding for our instruments than we have money so that’s a good sign and for our longer terms bonds, we have been getting them sold, as distinct from some other countries where neither of those two things is happening,” Gonsalves said.

“I believe that the investors, generally speaking, and the people dealing with the money business, they get the sense that we are both prudent and enterprising and doing things in a very sensible way,” he said.