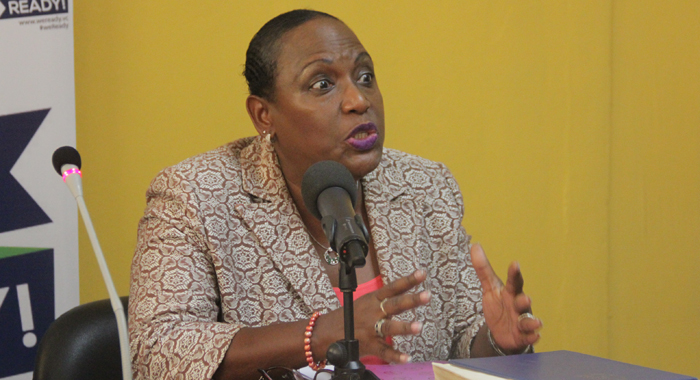 A lawyer and opposition politician says it is illegal for a registering officer to refuse to register persons to vote.

Kay Bacchus-Baptiste, citing the election law, made the point on Thursday at a virtual rally of the opposition New Democratic Party.

“A registering officer, all enumerator who willfully or without reasonable cause refuses to register a person qualified to be registered in a particular constituency is guilty of an offense and is liable to a fine of $750 and to imprisonment for six months. Also, he shall not be paid for his or her services, and cannot vote are mainly elected to the House of Assembly for seven years,” Kay Bacchus-Baptiste said, quoting Section 23 of the Representation of the People Act.

She was speaking one day after a registering officer in Central Leeward, Vibert Pierre, ended registration suddenly after an NDP candidate Ben Exeter, who was observing the registration process refused to leave the room when Pierre told him to.

Exeter said he had observed, without protest by Pierre, the registration when conducted Layou over the past five years.

“When the registering officer close down the registration office and refused to register voters who came there to vote, he committed an offence,” Bacchus-Baptiste said, but did not refer specifically to Pierre or the development in Barrouallie.

“I want them to understand that the NDP will not to be taken these offences lightly,” she said.

Bacchus-Baptiste spoke about the “Election Watch” public information campaign that she has been conducting on radio, aimed at sensitising the public about the election law.

She said that the messages will also be broadcast on Facebook.

One reply on “Refusing to register voters is illegal — Kay”