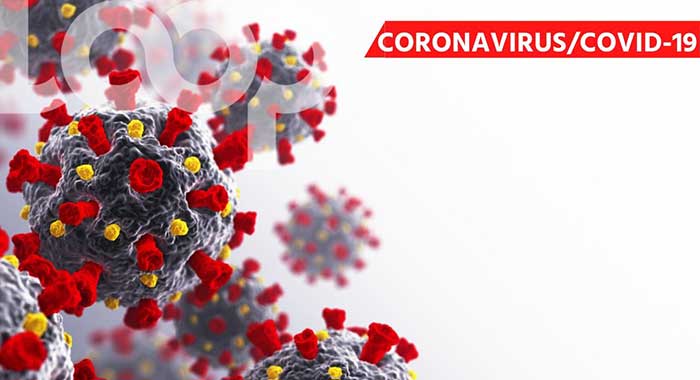 Amidst continued breaches of even the 24-hour COVID-19 isolation period, the government of St. Vincent and the Grenadines seems unwilling to enforce the section of the Public Health Act amended this year to impose fine of up to EC$2,000 per day on persons who break their quarantine.

Instead of enforcing the law, the government has come up with a new measure, this time a ticketing system that would allow health officials to issue a ticket to persons who breach their quarantine, in the same way a ticket would be given for a traffic offence.

Prime Minister Ralph Gonsalves gave insight into the government’s latest approach when he made what has become his weekly appearance on NBC Radio on Wednesday.

According to the most recent protocols, announced last month, persons arriving in SVG with a negative result for a PCR test taken within three days of their arrival do not have to undergo any quarantine.

All other persons arriving in the country are administered a PCR test and have to observe 24 hours’ quarantine while waiting for their results.

However, Gonsalves said on WE FM on Sunday that some persons who arrived in the country from the United States the previous day had breached their 24-hour quarantine and had been seen at Mangoz Bar and Restaurant in Villa, while others attended church services on Sunday.

He said he had discussed with the attorney general’s office a possible ticketing system for persons who flout the quarantine and was hoping to secure the support of the Cabinet.

“Don’t feel that because you come from foreign that somehow you can ignore what the authorities are saying here or that you feel complacent because we don’t have any active cases. And we haven’t had any for quite a long time until these six persons who are isolated,” he said.

Six of the 155 persons arriving on the flight last Saturday — the first since international flights were suspended in March — tested positive for COVID-19, the first cases in SVG since June 25.

The new cases brought to 35 the total number of cases of the viral illness confirmed in SVG.

“Just like we ticket people for certain offenses in traffic offences, we should start the process of ticketing — amend the Public Health Act — I don’t know if I could get it in time for next week Thursday in Parliament — that you’re supposed to be under quarantine an you’re on the road, the medical officer or persons authorized by him … or the police can give you a ticket,” Gonsalves said.

He said that the Attorney General’s Chambers may well advise, ‘Well, we can keep the ticket at a particular level. First offenders $500 — I’m just calling a number — second one, within a particular time period, $1,000 or depending on if the circumstances are such that you’re entirely recalcitrant to taken before the court let the court do something more than just that,” the prime minister said.

In April, the government hailed the amendment of the nation’s public health law, legislating fines of up to EC$2,000 for each day that quarantine is breached.

Minister of Health, Senator Luke Browne, who presented the legislation, said it was “fairly consequential” and Opposition Leader, Godwin Friday, gave the support of opposition lawmakers.

The 1977 Public Health Act provided for a maximum fine of EC$250 and imprisonment without the option of a fine for not more than three months or both.

On Wednesday, Gonsalves said that persons why how the state would deal with persons who attempt to leave the country without paying for the fine.

The prime minister, however, said that his government was also trying to avoid this approach.

“So we have to, we have to ensure compliance. I don’t want to turn any normal citizen of whichever country, and certainly not ours, into somebody who is dragged in by the police or anything like that, you know. I, I want us to have moral suasion, and that’s the way a small country like this could address it.”

He said that some persons are finding out that even their friends are shunning them if they breach the quarantine period.

“… because the public … they have come … to the settled view that we have to manage this risk very well. The risk of COVID and that’s okay, we must not have excessive fear and we mustn’t have any hysteria. But we’ve got to treat it seriously and one of the best ways is for us to be our brother’s and sister’s keeper,” he said.

“I don’t really want any kind of shunning to be done just because a person has had or maybe testing positive now for COVID. I don’t want any discrimination on those kinds of grounds. But you yourself, each of us, has to be reasonable and that’s why they’re persons in the country who are telling their friends, don’t come by me. There are some who say, listen, you’re going church, I ain’t coming church.”

“All I’m asking is for us to just comply, comply, comply. But if it means that we have to strengthen the law to ensure compliance that you feel it inside of your pocket, because as the law is, the police can come and take you to the court, and the magistrate can do this. But maybe to save a lot of manpower, maybe we should introduce a ticketing system. I have spoken to the attorney general’s office yesterday about this matter and I’m going to canvass the cabinet today on it and to see how the AG’s chambers fashion the details for efficacious implementation.”

One reply on “Gov’t seems reluctant to enforce quarantine law”