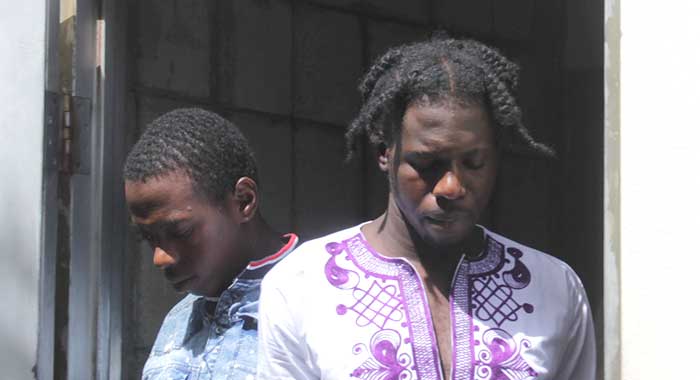 Two men who are alleged to have brought the bullet-riddled body of a Grenadian man from Baleine Mountain to Baleine Bay where police met it on July 8 have been charged with his murder.

Police have jointly charged Lesbert King, 25, of Choppins and Rocaldo McMaster, 26, of Harmony Hall, both farmers, with murder in connection with the death of Dwane Seaton.

Seaton, a 40-year-old farmer of Grenada and Edinboro and Owia in St. Vincent, was killed at Baleine Mountain between July 6 and 9, 2020, police say.

The accused men appeared, on Thursday, before Chief Magistrate Rechanne Browne at the Serious Offences Court in Kingstown.

They were not required to plead to the indictable charge and bail was not open to them.

The men have been remanded in custody until Oct. 22 for the commencement of a preliminary inquiry.

Detective Corporal Dwight James of the Major Crime Unit is leading the investigation.

2 replies on “Two men charged with murder of Grenadian”